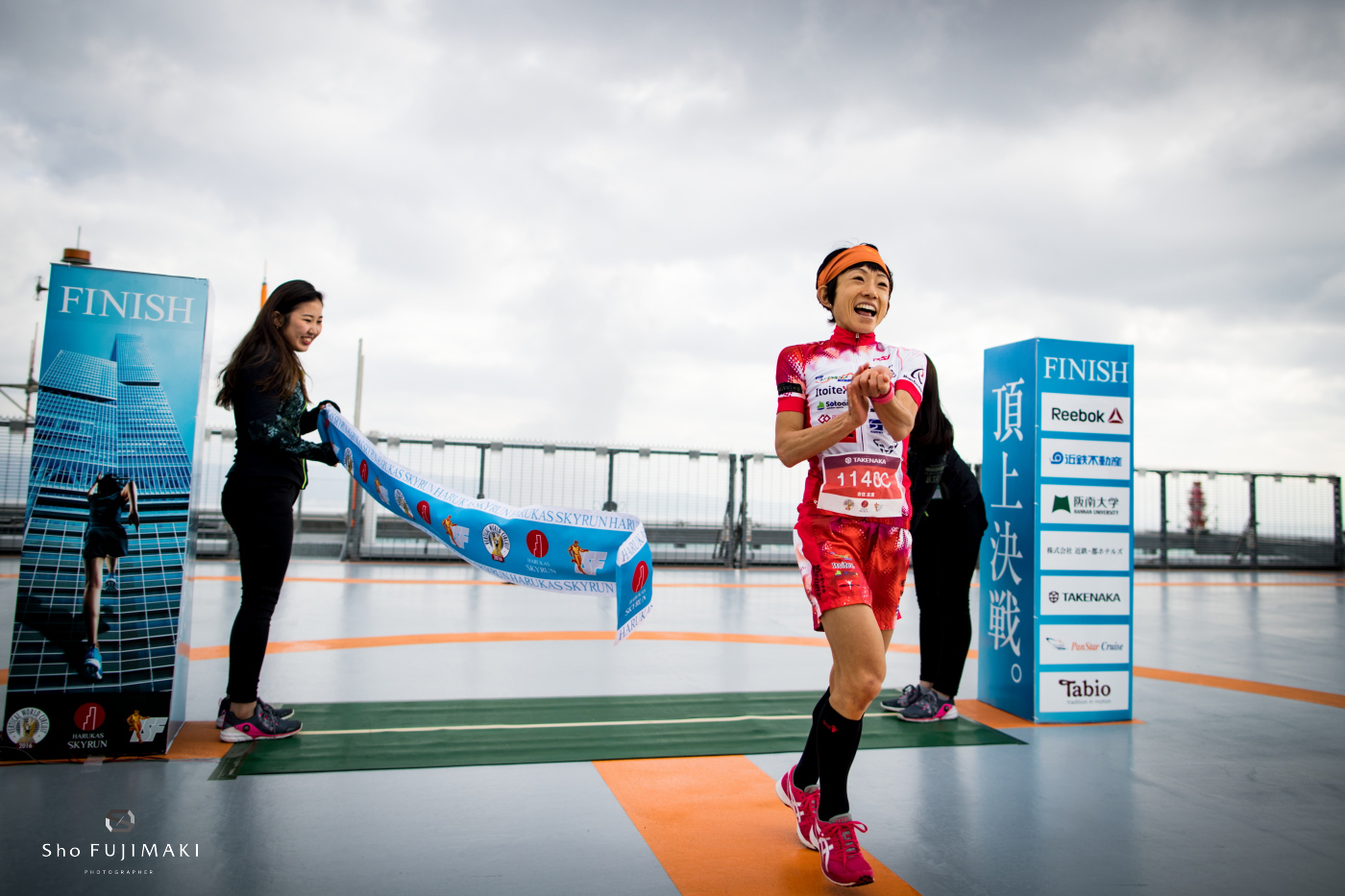 Japan’s first skyscraper race was held on the country’s tallest tower, the Abeno Harukas in Osaka on Sunday, December 12.

One thousand athletes raced up the 1,621 steps in the Harukus Skyrun, a Vertical World Circuit Exhibition Race which included 50 elite athletes from seven nations. 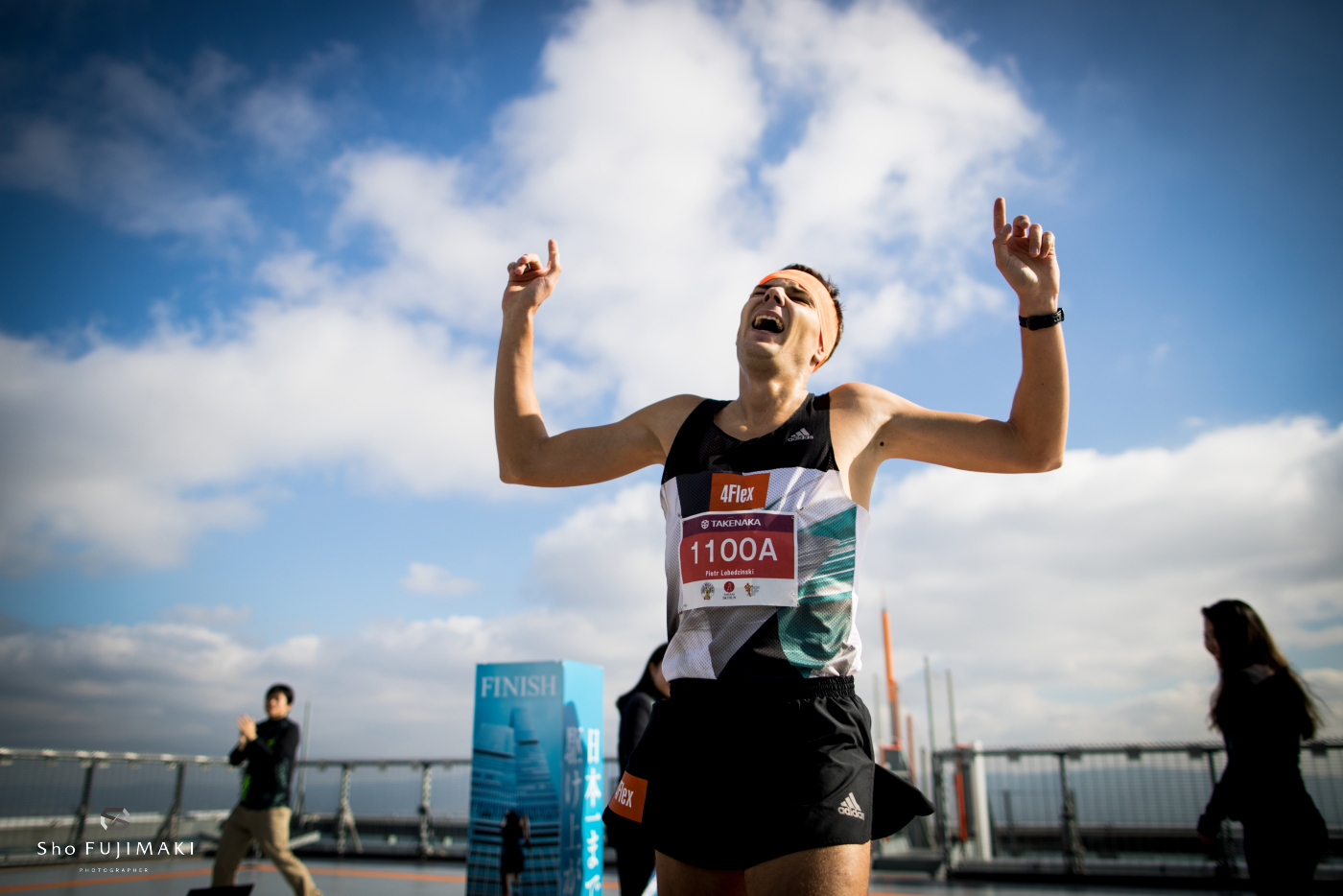 Lobodzinski chalked up yet another win scaling the heights in a breathtaking 8’34”. Walsham was relegated to a tight second position 6″ after newbie Yuri Yoshizumi from Japan clinched the women’s title in 10’13” placing an incredible 12th overall.

Thirty-year old Yoshizumi is a bright new star in her first skyscraper race and recently, in a strong international field at the Skyrunning Asian Championships in Hong Kong where she took the gold medal in the Vertical Kilometer® – the outdoor version of vertical running.

The men’s podium was completed by Italian Emanuele Manzi, second in 9’00” and Japan’s Ryoji Watanabe in 9’07”. Manzi placed third in 2016 VWC overall rankings. Third lady was Australian Alice McNamara in 10’37” who is 2016 VWC runner-up. 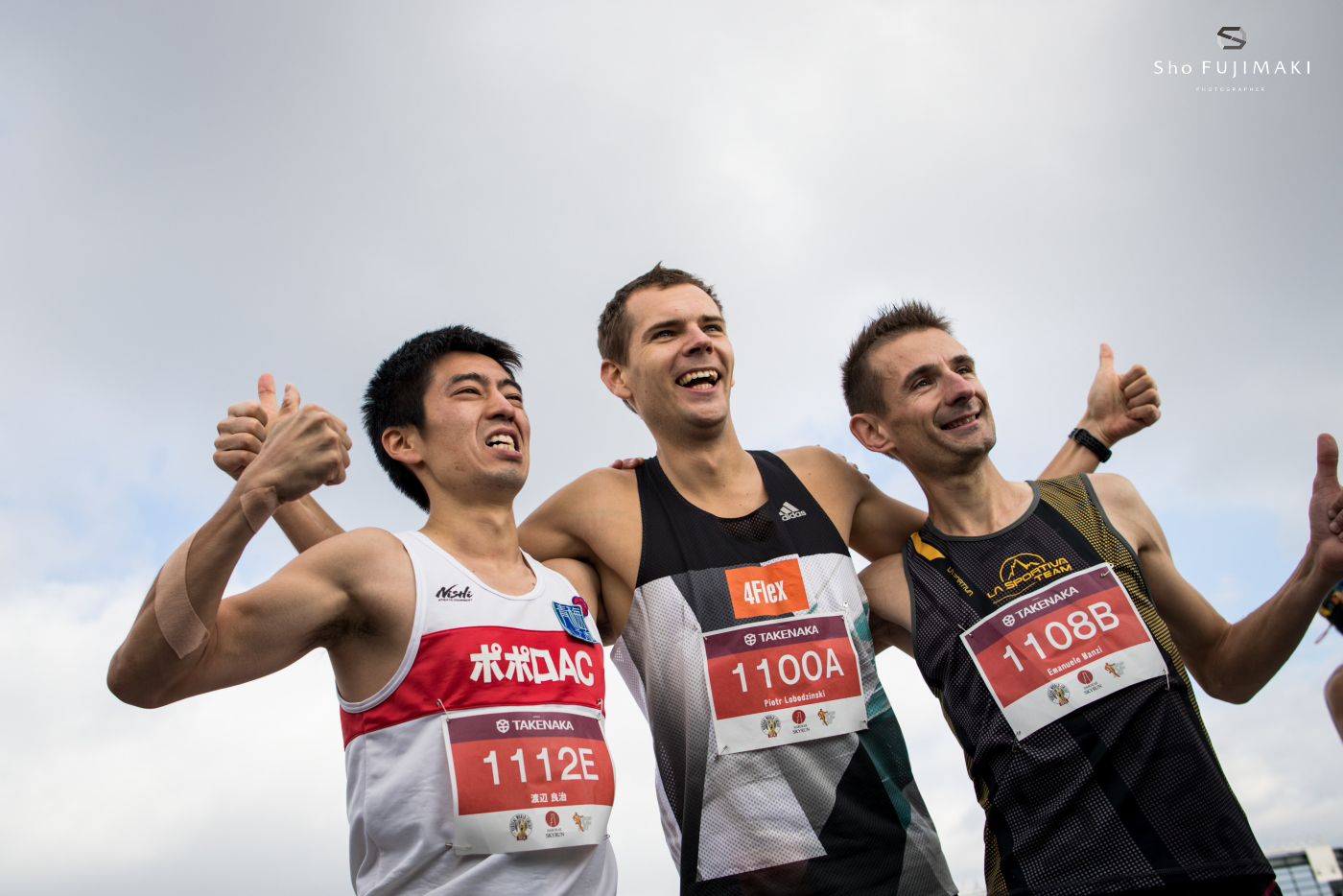 Interesting to note is the speed at which these runners can ascend the stairs. Sunday’s men’s performance was excellent – comparable to the speed of the record of the Empire State Building Run-Up, probably the world’s oldest and best known skyscraper race which is slightly higher. Lobodzinski climbed the 60 floors of the Abeno Harukas at an average speed of 2,115 m/h.

The Vertical World Circuit is sanctioned by the International Skyrunning Federation, governing body of the sport. Nine races span the globe touching on London, Dubai, New York, Paris, Manila, Sydney, Beijing, Shanghai and Hong Kong, concluding with an Exhibition Race in Osaka, Japan.  A ranking system awards the World Champion Titles and end of season cash prize to the champions. 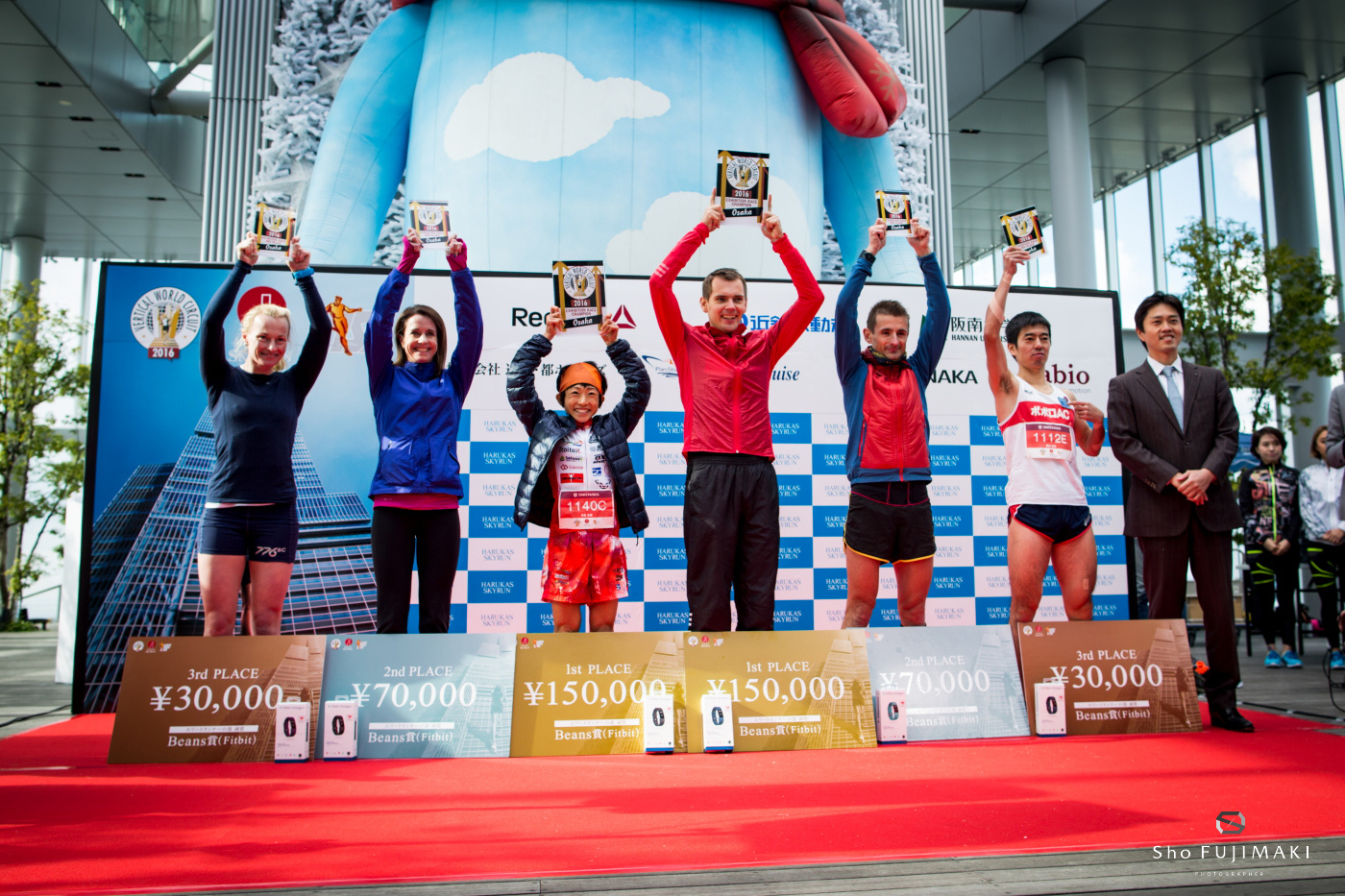