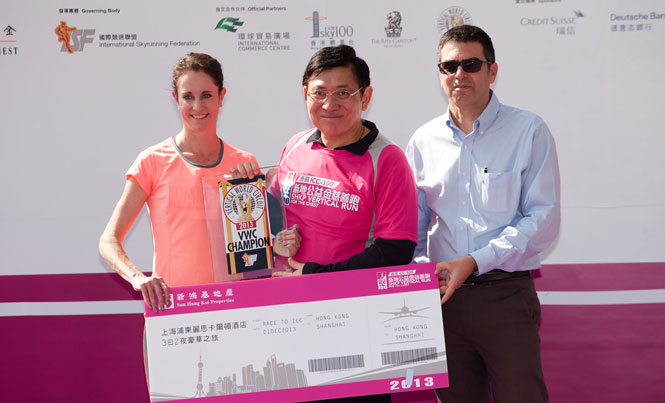 Mark Bourne toppled vertical super-star Thomas Dold from his four-year stint as VWC World Champion after winning Sunday’s race, counting four straight wins in New York, Tapei and Singapore, plus today’s Hong Kong final.  The Australian also set a new course record up the 2,120 steps in 12’04”.  “To be crowned world champion is an honour. I felt comfortable from the start and I’m really glad to have come out on top today,” he commented. “I raced in Melbourne last month and Singapore last week, so I’ve had a lot of race practice in the lead up to the main event which really helped.”

Second on the podium, another Australian, was Darren Wilson, who closed in 12’11.  Poland’s Piotr Lobodzinki, third in 12,’24”, now places second in the final VWC ranking after Bourne and Dold takes third position.

New talent in this discipline is emerging from China with Xue Gan, second in 15’27”. After her debut in Beijing, she looks set to continue her ascent among the world’s élite runners and now ranks third on the Vertical World Circuit podium.  Yiu Kit Ching, also from China, was third in 15’51”.
New Zealander Melissa Moon, fourth in the race, now stands second on the VWC ranking. 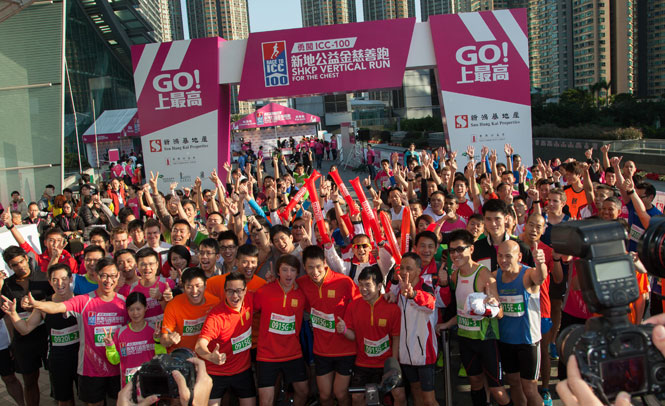 The cheering competitors of The Race to ICC – 100 – SHKP Vertical Run for the Chest. Photo ©Sporting Republic

1,019 runners from 30 countries participated in the race, which has been responsible for launching a stair running craze in the city.  Twenty-three world- class athletes took part – probably the biggest concentration of elite runners in any tower running race to date.

At the event opening, Event Organizing Committee Chairman Raymond Kwok said: “We are honoured that Race to ICC-100 has become an international sporting event as the grand final of 2013 Vertical World Circuit. The number of contestants has increased more than three fold from last year, to over 1,000 runners, proving the increasing popularity of stair-climbing among the people of Hong Kong. Apart from local runners, it has attracted 23 world-class elite athletes to race for the championship of the Vertical World Circuit.” Mr Kwok is an advocate of a healthy lifestyle – just what VWC and the élite athletes are showcasing.

Director Thomas Kwok, SHKP Chairman and Managing Director together with Raymond Kwok and representatives from the management team, including SHKP Executive Director and Chief Financial Officer Patrick Chan, SHKP Deputy Managing Director Victor Lui, were among the runners in support of this charity sporting event.  They were joined in the run up 2,120 steps by ISF representative, VWC Secretary General, Michel Hodara from Switzerland, who underlined, “A magnificent final, the event has helped create awareness of the benefits of stair climbing . A sport for everyone, vertical running also represents a potential Olympic discipline which the ISF is actively developing.”

*VWC ranking counts the best results in the seven-race circuit and awards an extra 20 % points at the final. 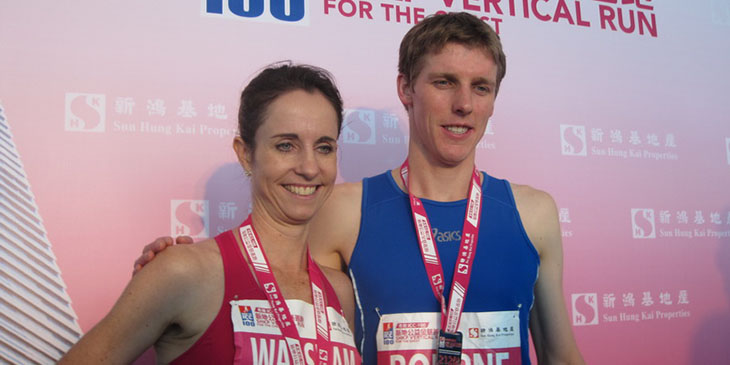 Follow the official website for news and results of Sunday’s race at www.verticalrunning.org and look out for the 2014 Vertical World Circuit announcement coming soon.