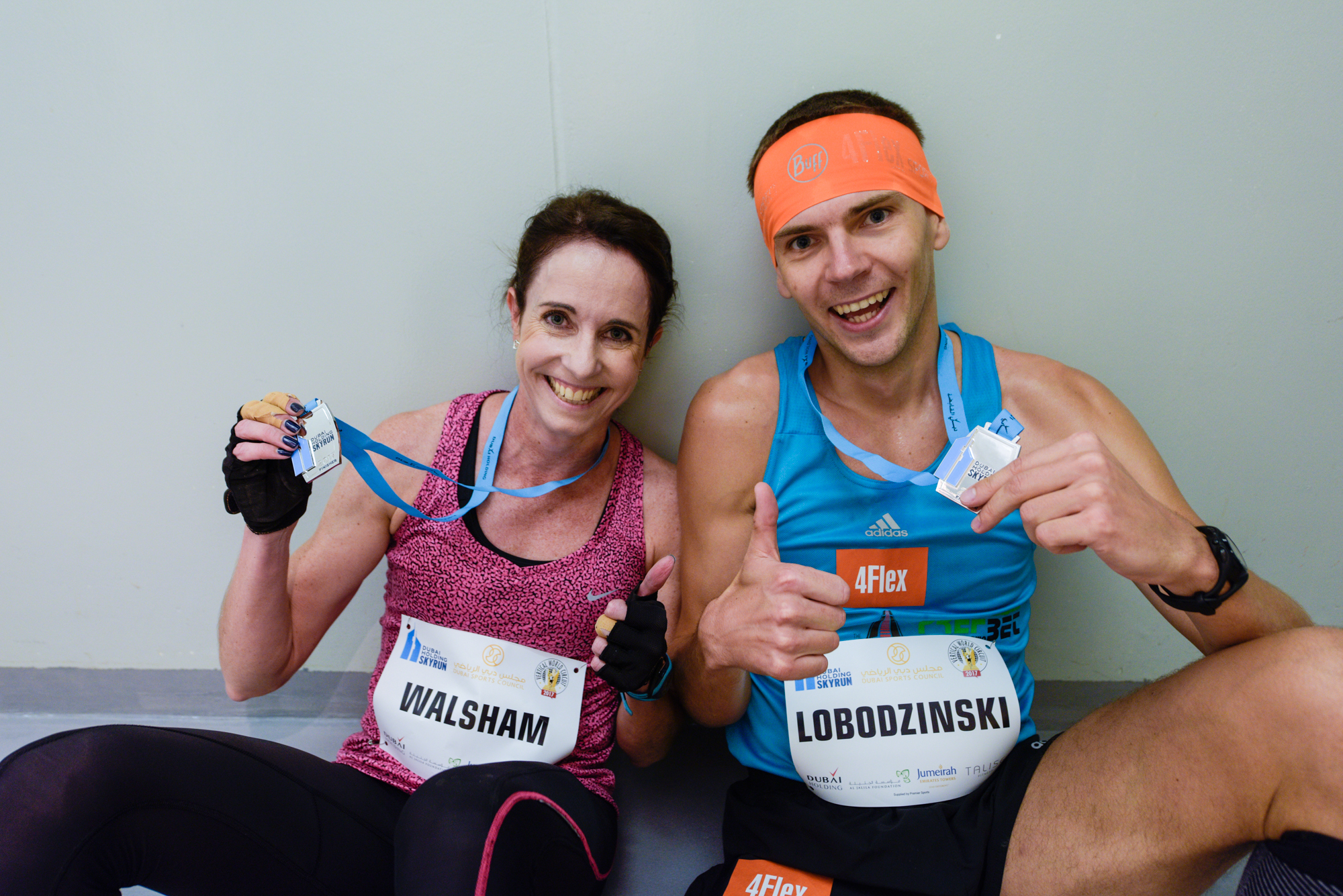 The first stage of the 2017 Vertical World Circuit kicked off with the Dubai Holding SkyRun today, in Dubai, United Arab Emirates with a record field and records smashed.

For the second year running, VWC elite runners ascended the 1,334 steps and 52 floors of the Jumeirah Emirates Towers and true to form, the reigning World Champions, Piotr Lobodzinski from Poland and Suzy Walsham from Australia, broke their own records set in 2016.
They joined a record field of 419 participants from 57 countries. The winning times were 7’09” and 8’16” respectively. 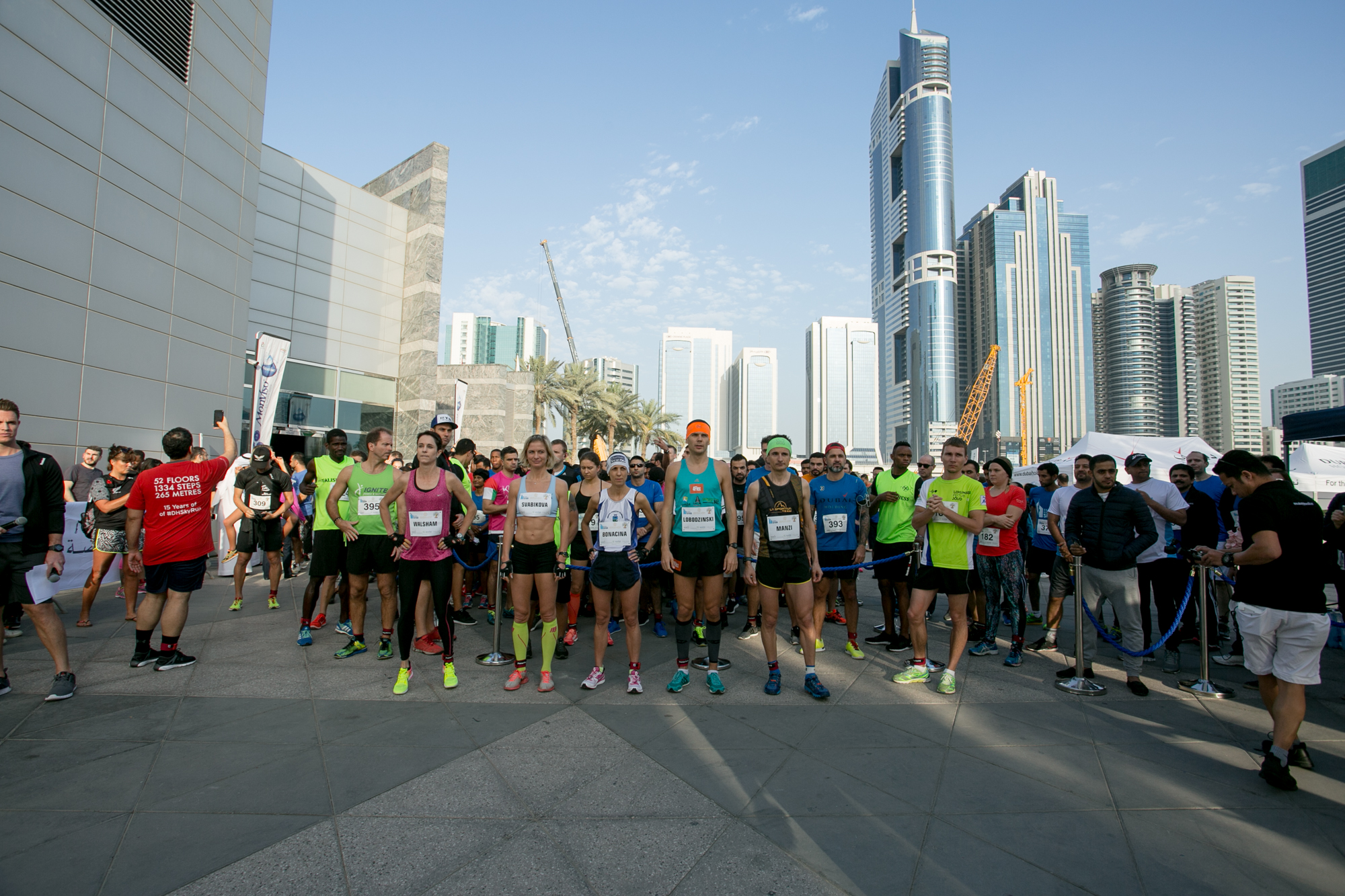 The elite runners ready for the start. ©Dubai Holding SkyRun

Lobodzinski said, “I improved my time – 9” faster than last year. The race is one month earlier so it showed my shape is better. I’m very happy to be here. It was well organised and I hope to be back in 2018.” On the challenge of the year ahead, he commented, “It will be really interesting with ten races, a big calendar, many tall buildings. It’s going to be tough. Maybe Mark Bourne from Australia will try to beat me after two years, but I will try to win as many races as I can!”
Second man was Italian Emanuele Manzi in 7’32” and third, Rauno Tiits from Estonia in 8’34”.

Walsham proved she was also in great shape, slicing an incredible 22” from her previous record. “It’s a pretty tough race, and it’s great to have a first win on the circuit. I think it’s going to be a long year. There are some amazing races on the VWC with some nice big buildings which is where my strength lies. I’ll definitely be competing in at least six or seven so really looking forward to the year.”
Second lady was Lenka Svabikova from the Czech Republic in 10’16” and Russian Natalia Sedykh placed third in 10’42”. 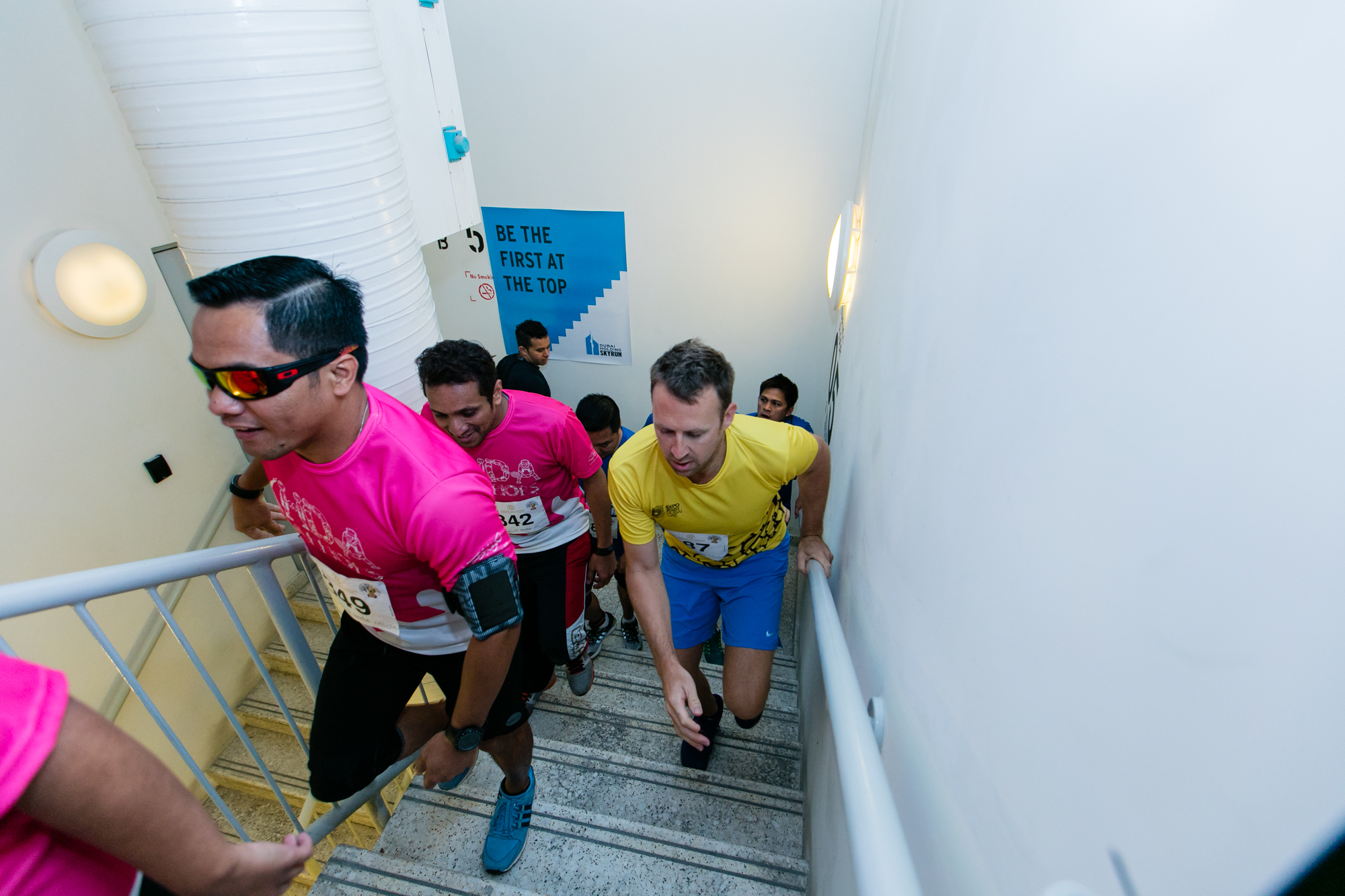 David Shin, Asia Pacific representative of the International Skyrunning Federation commented, “We are extremely proud to see the 15th edition of the Dubai Holding SkyRun become such a resounding success. The Vertical World Circuit is honoured to be part of events that support the community, especially those that help raise funds for charity and I hope they continue to grow and flourish in Dubai and the UAE. Every one of the 400 runners today confirmed their commitment to this wonderful event.”

A joint venture between the International Skyrunning Federation and Dubai Holding bring the Vertical World Circuit for the second time to the Middle East. The Dubai Holding SkyRun is the oldest vertical run in the UAE which boasts a 4 star ranking by the Dubai Sports Council, of which it is an official race. 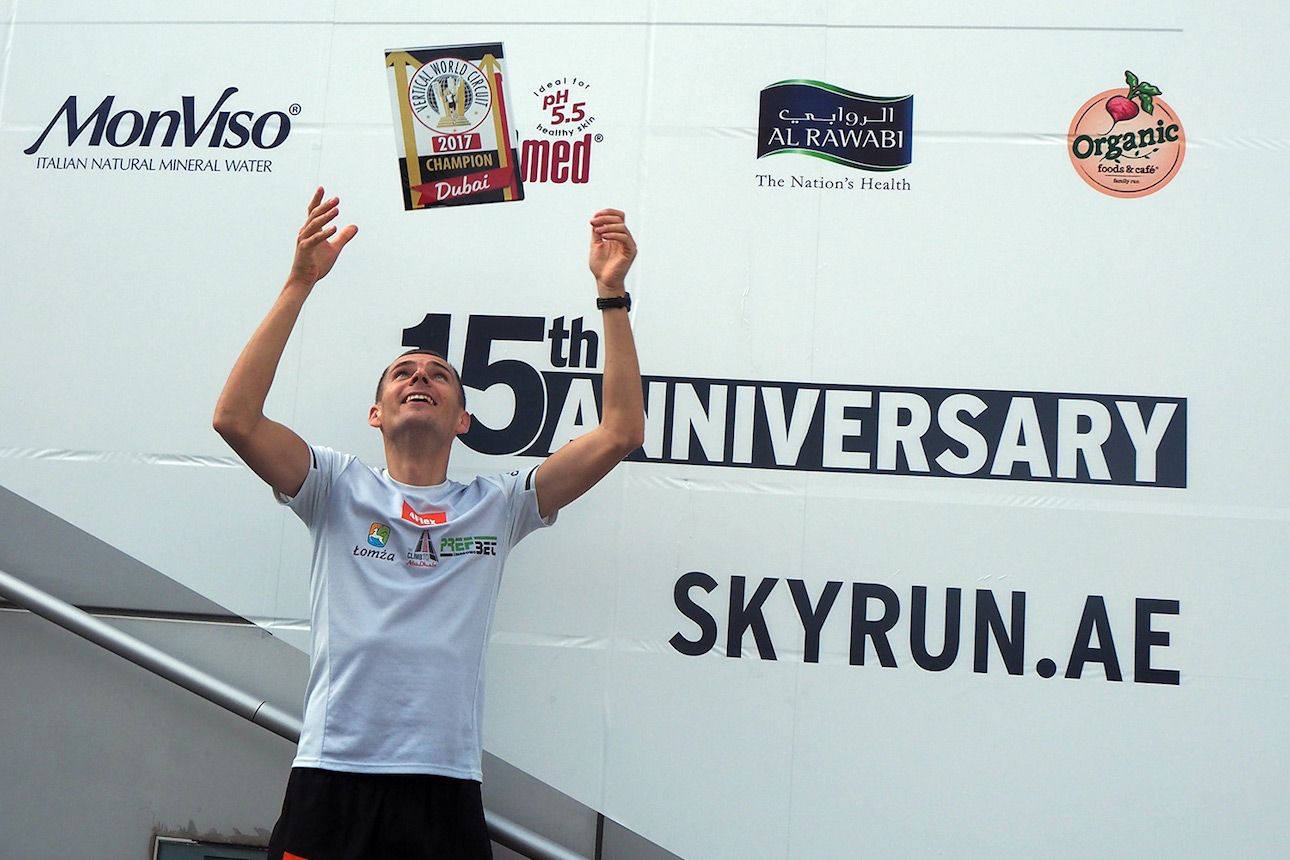 Piotr Lobozinski enjoying the victory and the trophy. ©VWC

After Dubai, the 10-race calendar stretches across the globe touching on iconic cities from London to Paris, to New York, Sydney and across Asia, where Manila, Beijing, Shanghai, Osaka and Hong Kong will host the tour.

Next stop on the circuit is London on March 9 with the Shelter Vertical Rush on Tower 42 in the heart of the city’s financial district, where the world’s top runners will converge for the second stage of the 2017 Vertical World Circuit.