Hat trick for Lobodzinski and Walsham in Manila 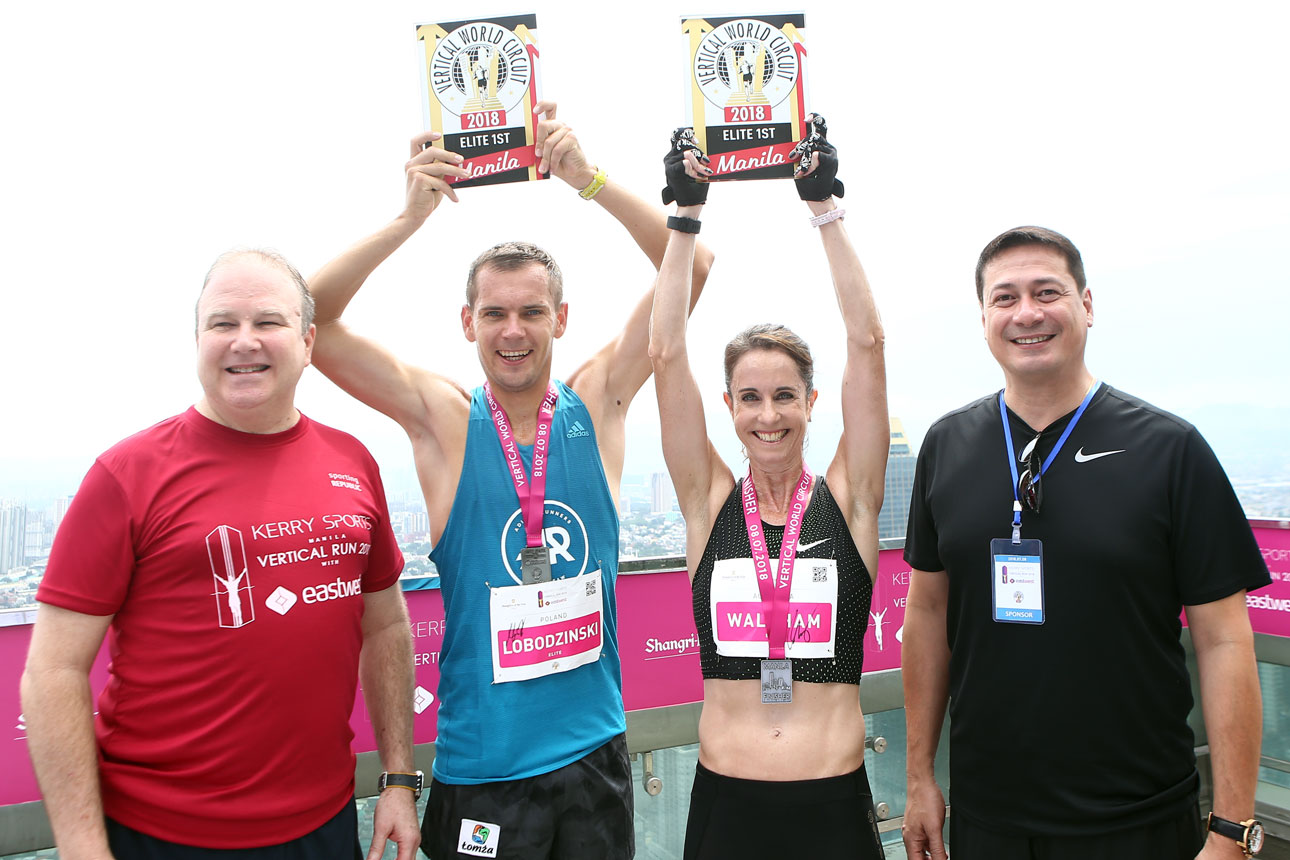 More than 600 runners from 28 countries took part in the fourth stage of the Vertical World Circuit® in Manila today at the Kerry Sports Manila Vertical Run with EastWest Bank. Both VWC world champions, Piotr Lobodzinski and Suzy Walsham pulled off a hat trick, winning the event for the third time running.

While the challenge in racing up the 59 floors and 1,353 steps to the summit of the Shangri-la at the Fort tower remained the same as the past two years, there was a slight course change. Poland’s Lobodzinski closed in 6’56” and Walsham, from Australia, in 8’13”, both just over the previous records. 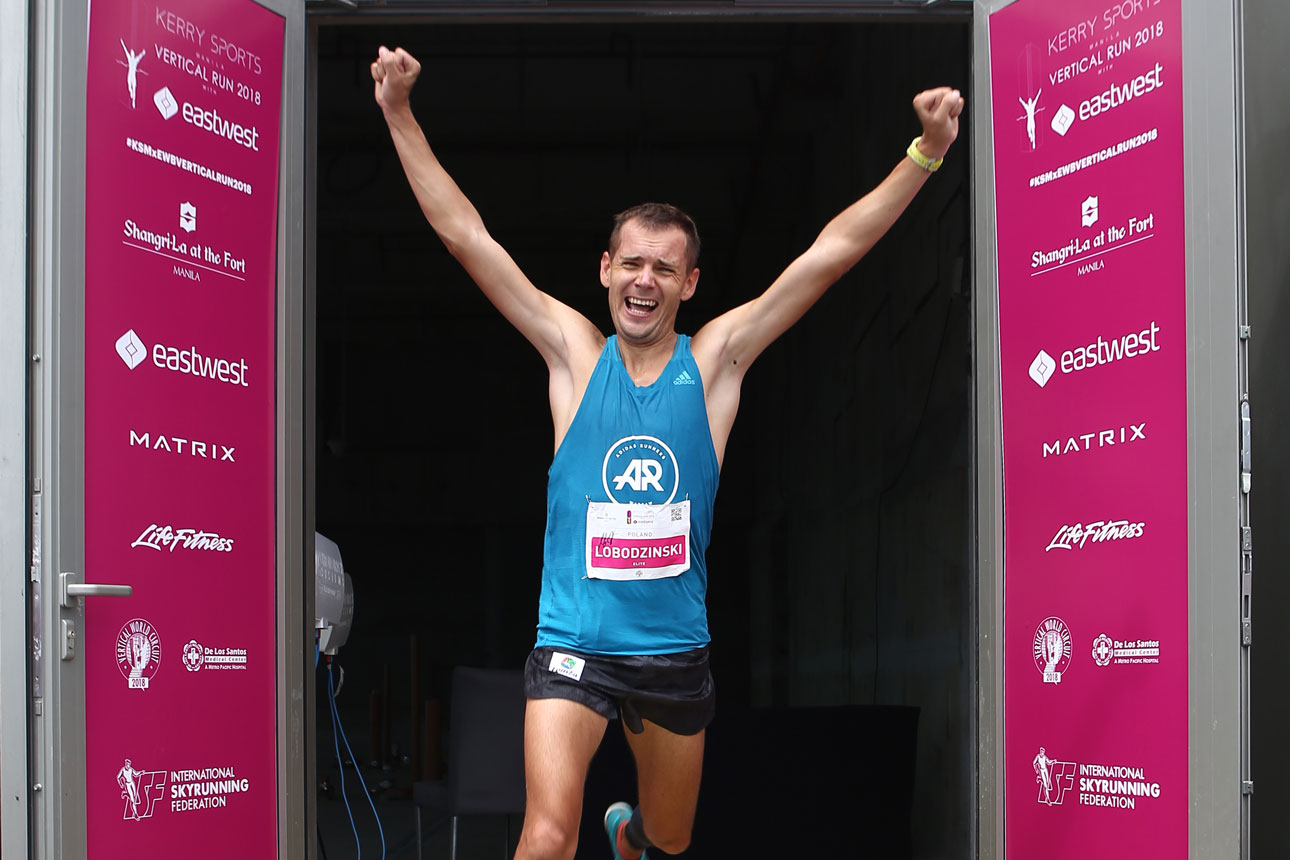 “I’m really happy with my race today,” said Lobodzinski. “Third win in a row! It was maybe a bit slower because of changes to the staircase and flat parts. I’m still below seven minutes so I’m happy with this. I’d like to come back next year to improve my time. My next race will be Beijing so see you there!”

Ryoji Watanabe from Japan clinched an excellent 7’09” and, closing the men’s podium, was Wai Ching Soh from Malaysia in 7’23”. 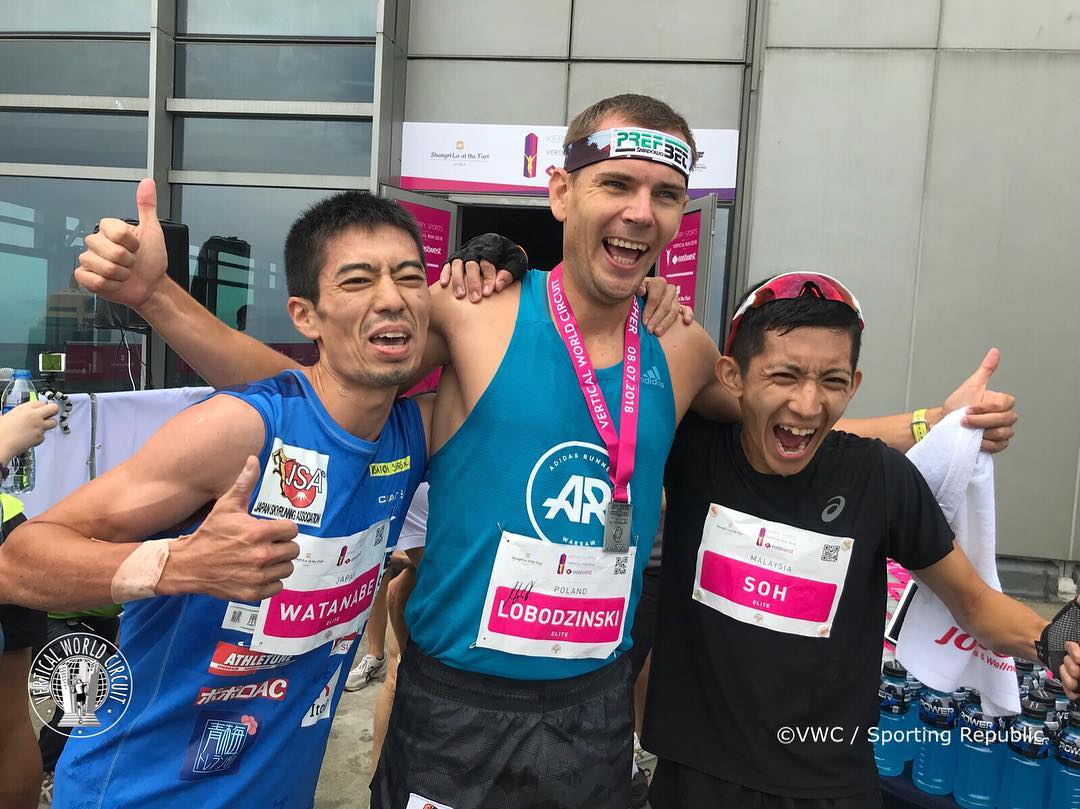 Walsham need not have worried about an injury she has been carrying for the past seven weeks. “ I was a bit nervous as my calf let up overnight. Once I got into the stairwell I got into a good rhythm. I really like the stairs here, it’s a fast one. Alice [McNamara] is very strong and kept me on my toes. I just focussed on my race so I’m very happy with my run today,” she commented. 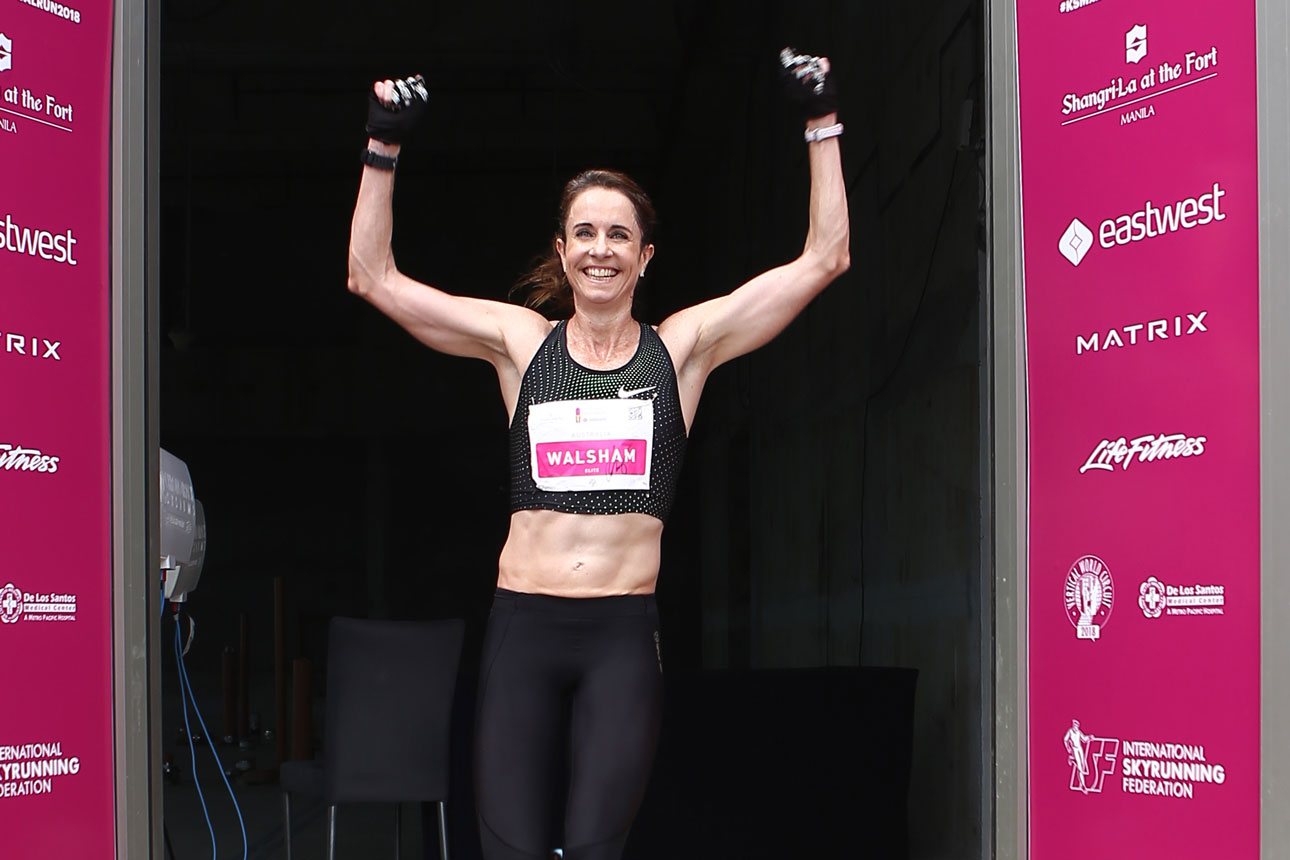 Walsham maintains the Vertical World Circuit® ranking leadership after today’s win and two victories in Seoul and New York. Lobodzinski now takes over the top slot of the men’s ranking, with Belgian Omar Bekkali in second after placing fourth in the race.

John Rice, General Manager of Shangri-la at the Fort, was pleased with the outcome. “Another great year, our third year with the race. This year we had EastWest Bank as our title sponsor so all kudos to them. It’s just been a great event! 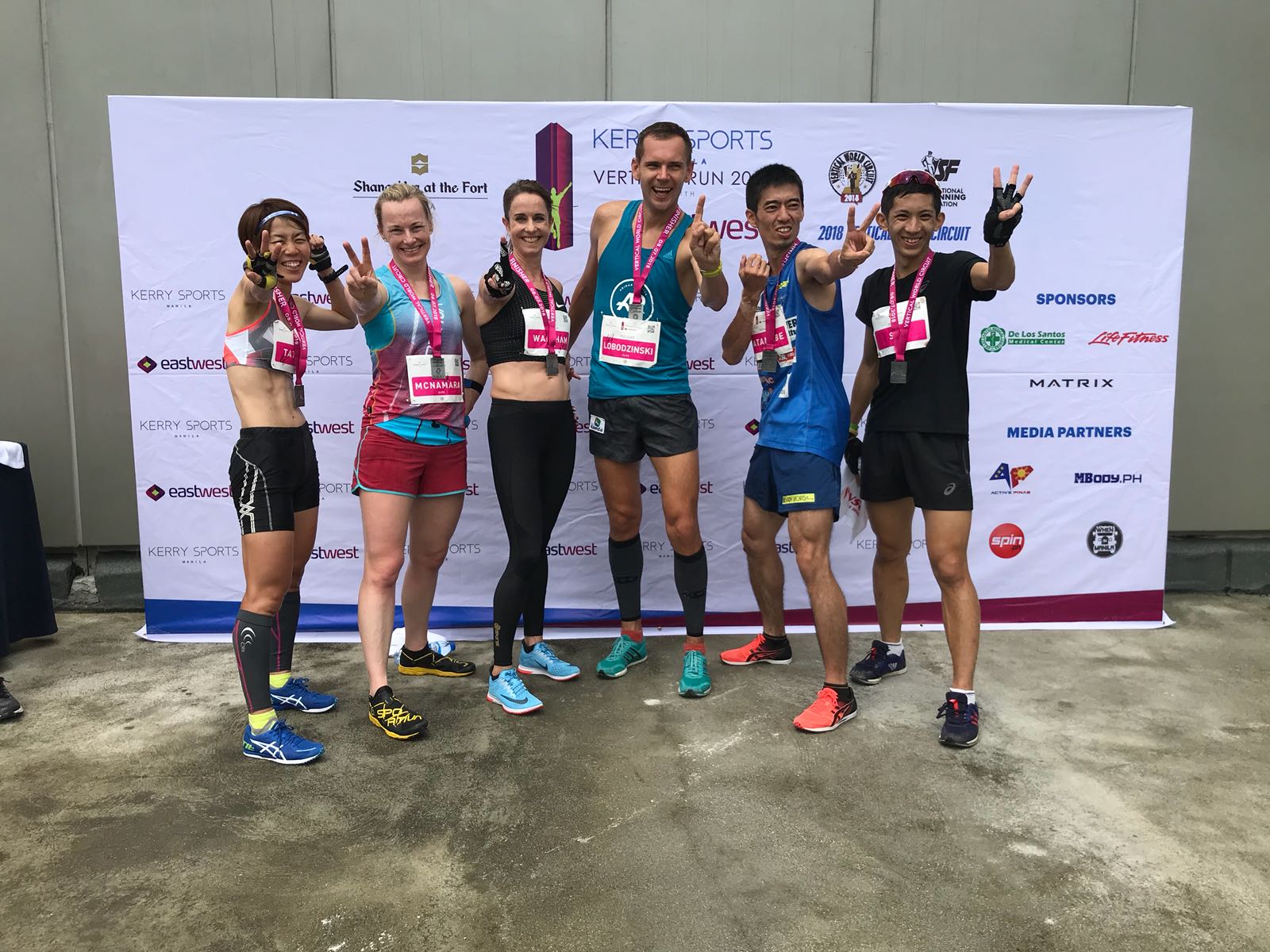 Australian Mark Bourne, second here last year, was unable to attend due to a recent illness, but is aiming for the Beijing event, next leg of the Vertical World Circuit® on August 25 where an extra 25% bonus ranking points will be awarded.

The nine-race circuit kicked off in Seoul in May, then on to Paris, New York and Manila. From Beijing, the circuit remains in Asia with races in Shanghai and Osaka before stopping over in London and closing with the Grand Finale in Hong Kong on December 2 where the world champion titles and end of season prizes will be awarded to the top ranked athletes.