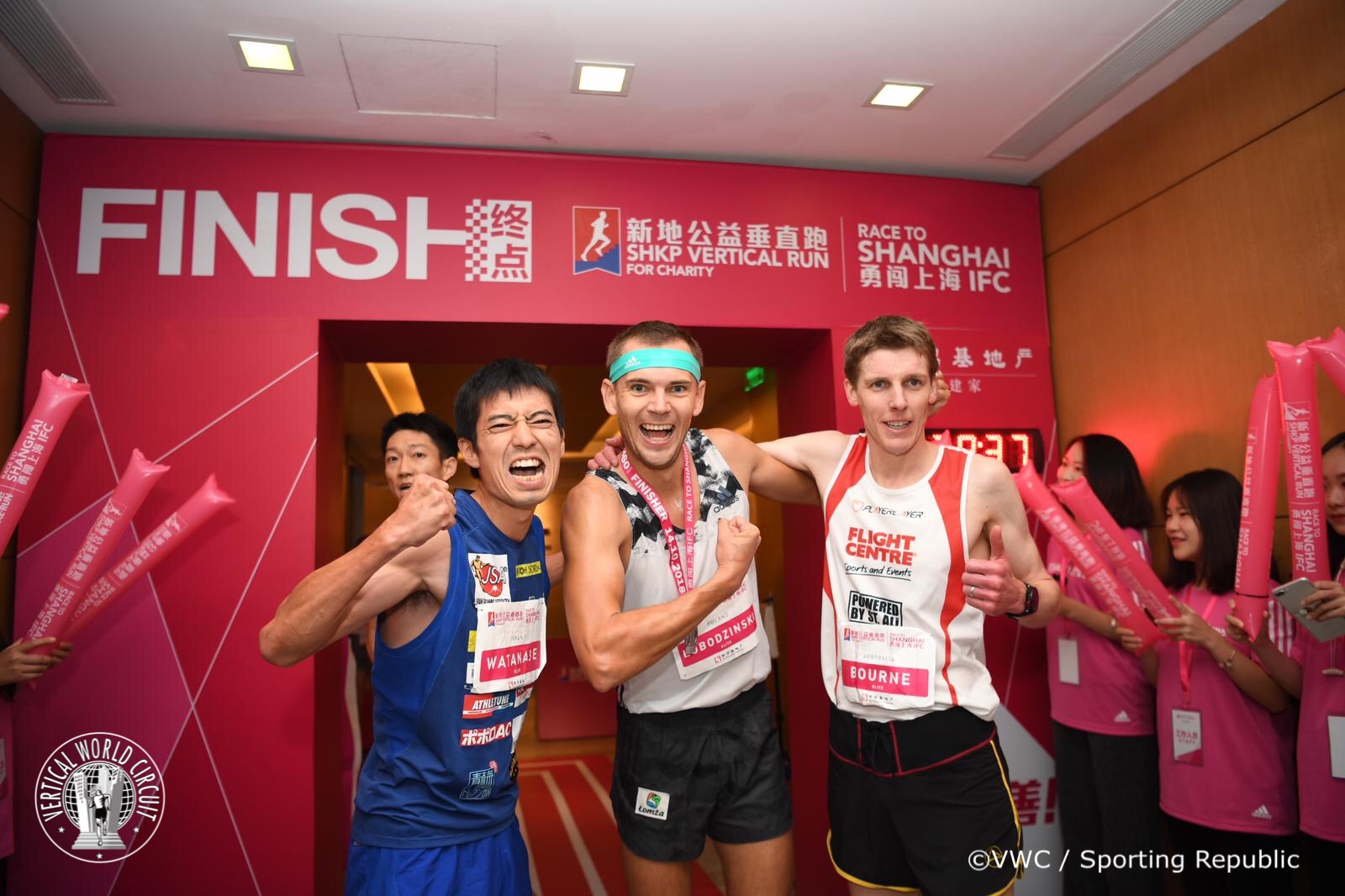 A field of 1,700 participants from 25 countries raced up the 1,460 steps of the building. Lobodzinski reached the summit first in 7’43”. He beat Bourne but did not fulfil his forecast to set a new record, closing just one second off Bourne’s 2016 time. 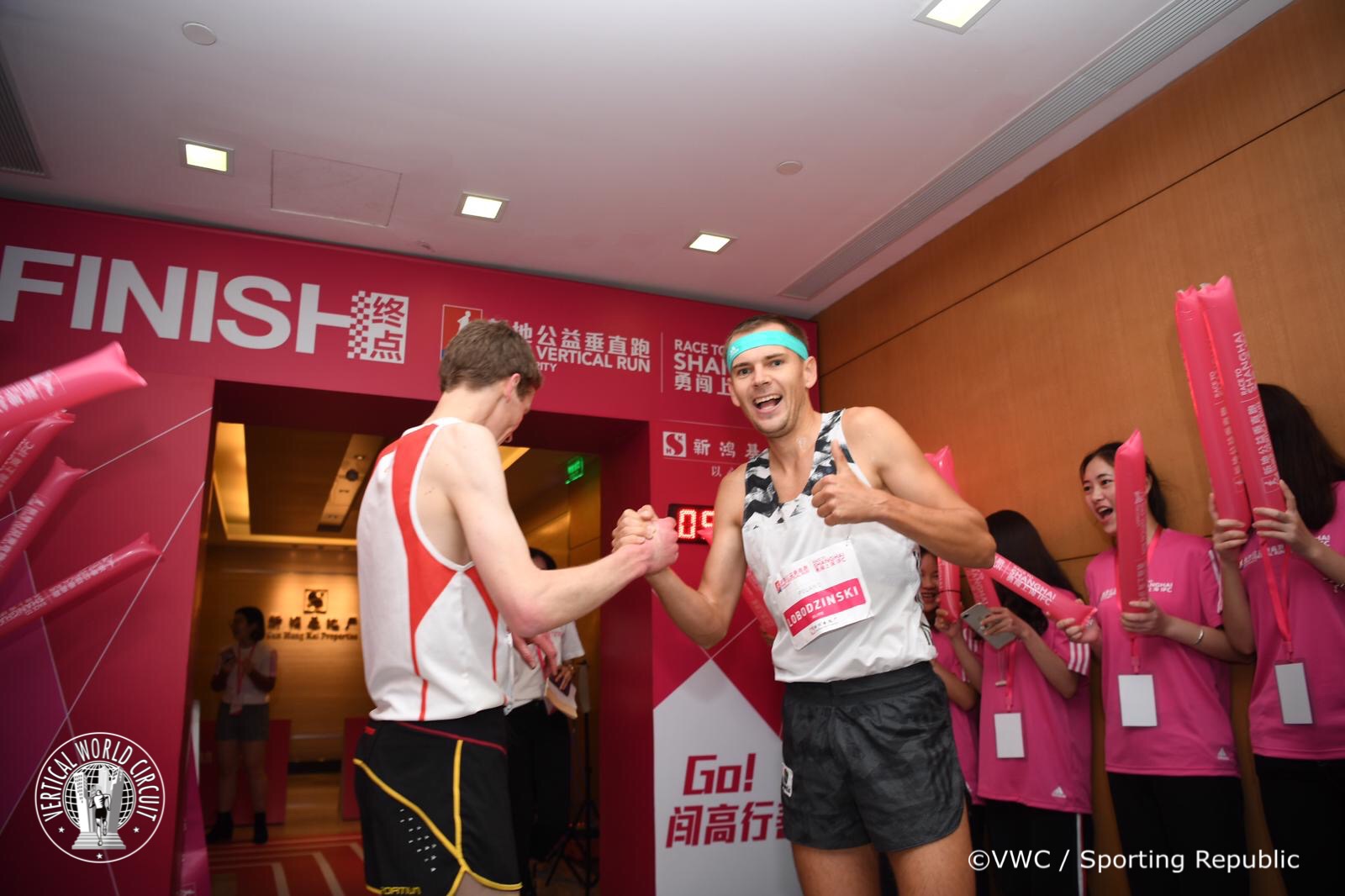 “I was really focussed before today’s Shanghai IFC race,” said Lobodzinski. “I needed points for the VWC ranking and to stop Mark from winning the race for the third time in a row. I started first and finally was first on the finish line!

I’m really happy with the win and my time, very close to the course record. My position looks very optimistic now, before my last races in Osaka and Hong Kong.” 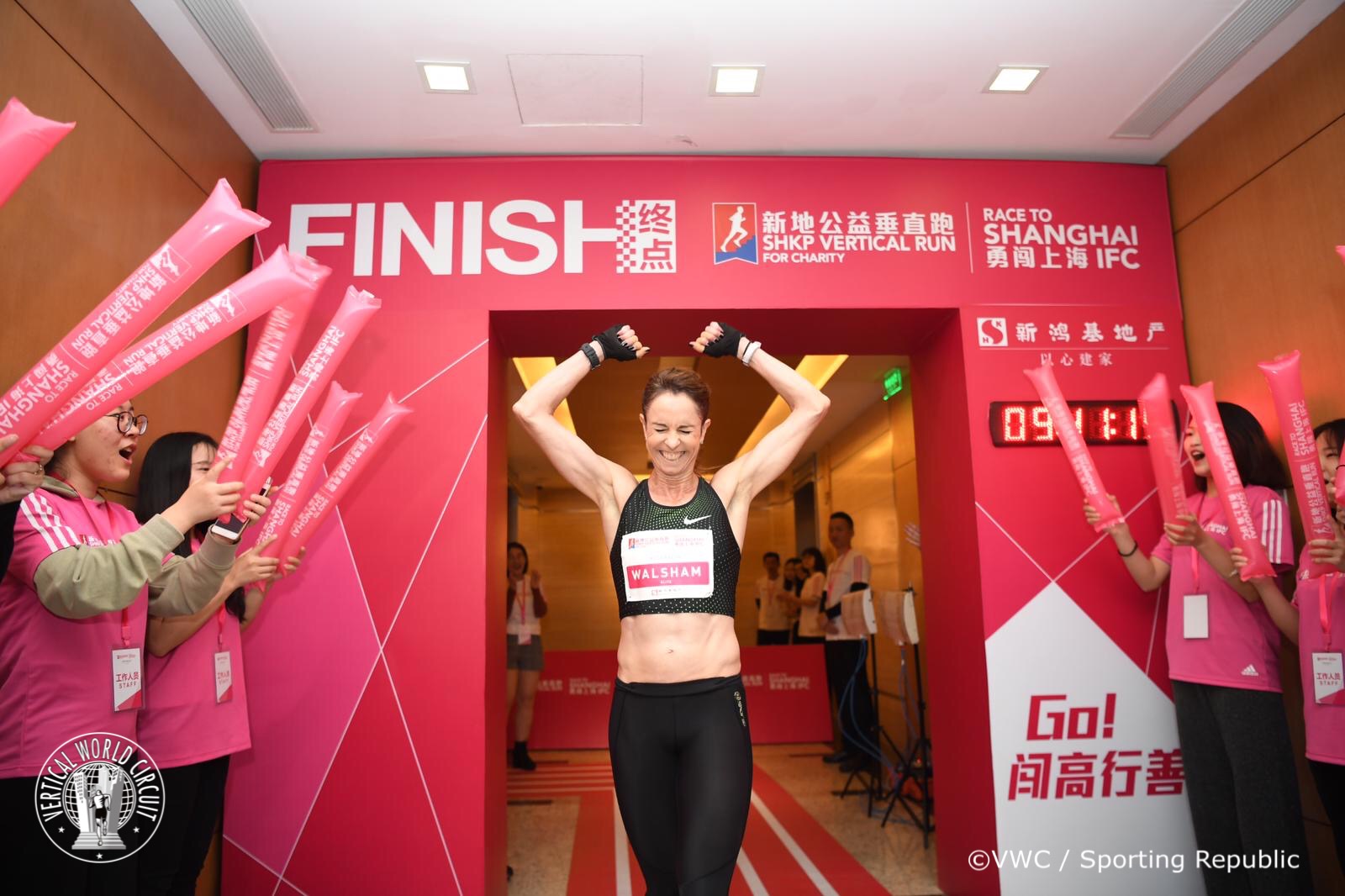 Australian Suzy Walsham was first in the women’s field, summiting in 9’14”, six seconds short of her own record set here last year. The four-time race winner commented, “The competition was strong and I was very happy with my race. It was also great for my overall VWC points to now have five wins from five races and I’m looking forward to the final in Hong Kong.”

With three events to go to the Grand Finale in Hong Kong, the ranking is now taking shape. Lobodzinski takes over the lead from Belgian Omar Bekkali. Walsham retains her top slot while Italian Cristina Bonacina moves to second and Australian Alice McNamara, third. 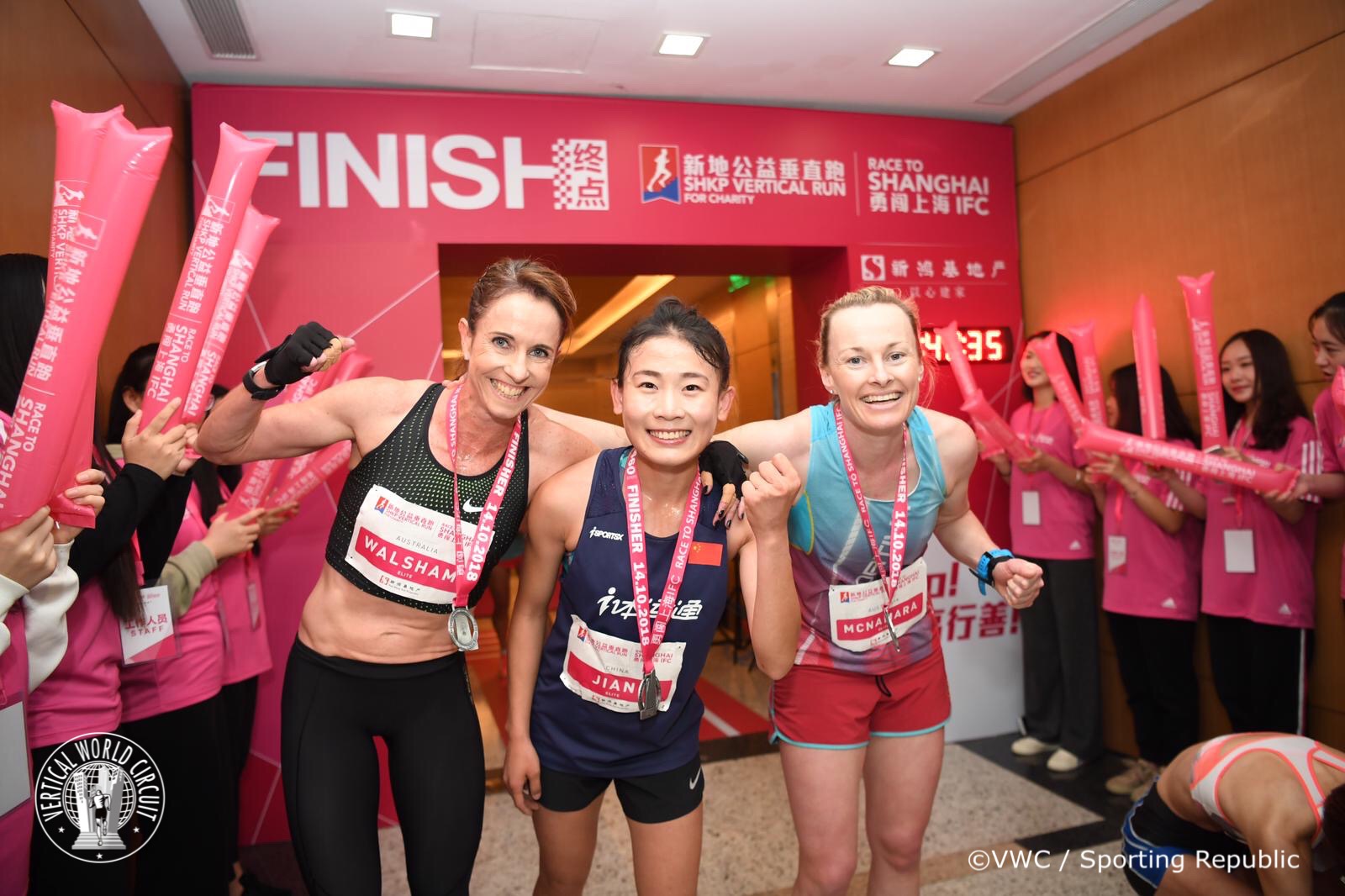 For the fifth time the Shanghai race has featured on the Vertical World Circuit® after the resounding success of the “sister” event in Hong Kong, the circuit’s Grand Finale on December 2. Governed by the International Skyrunning Federation, the world’s premier skyscraper racing circuit unites some of the most iconic skyscraper races – including these two flagship events.

Coming up next on the nine-race 2018 Vertical World Circuit® are races in Osaka on November 4 and new addition, London, on November 24