Looking to set new records up the 35 floors and 877 steps of London’s Broadgate Tower Run Up, will be an elite field joined by some 300 runners from 13 countries, Saturday, July 20, the sixth stage of the 2019 Vertical World Circuit®.

The fourth edition of the Broadgate Tower Run will once again host the London stage of the VWC. Organiser of the event, Total Motion CEO, Matt Hudson, commented, “We are really excited to welcome some of the world’s top stair climbers to The Broadgate Tower for round six of the 2019 Vertical World Circuit®. The elite race was a real focal point of our 2018 event, and this year will be no different as athletes from 13 nations arrive in London to battle for victory and points. We fully expect both the men’s and women’s course records to be broken, such is the high quality of the field with both the VWC ranking leaders in attendance.”

Current ranking leaders after five out of this year’s eleven-race circuit, are Omar Bekkali from Belgium and Laura Manninen from Finland.

For Manninen, winner of the recent One World Trade Center race in New York, the challenge will be greater than usual. “I have mixed feelings for the upcoming race. It’s always exciting to get into the staircase but on the other hand I have suffered from a really painful Achilles tendon for the past four weeks and have not been able to train sufficiently. My biggest worry is how to compete in the rest of the VWC races. However, London is not so far from Finland, so I will crawl to the finish line – hopefully in one part!

A serious contender for the win is the UK’s Sarah Frost, currently ranked sixth, who smashed her own record here last year in 5’04”. “The Broadgate Tower Run Up is not only an important VWC event, it’s also a very special race for me as I train at the tower weekly with Total Motion Towerrunners. I’m feeling fit so I am looking forward to challenging myself by breaking the five-minute barrier.”

Returning for another podium position will be Yuko Tateishi from Japan and, from France, Laure Chardin and Anaïs Leroy, ranked tenth and twelfth respectively, will join the elite field.

Up for grabs is the men’s record of 3’58” set by Spaniard David Robles in 2016. Bekkali will be aiming for that minus four-minute record. “I’m so glad to be running the Broadgate Tower in London. I’m training very hard to be in my best shape to get the best result. We’re half way through the 2019 Vertical World Circuit® and I really want to improve race after race.” 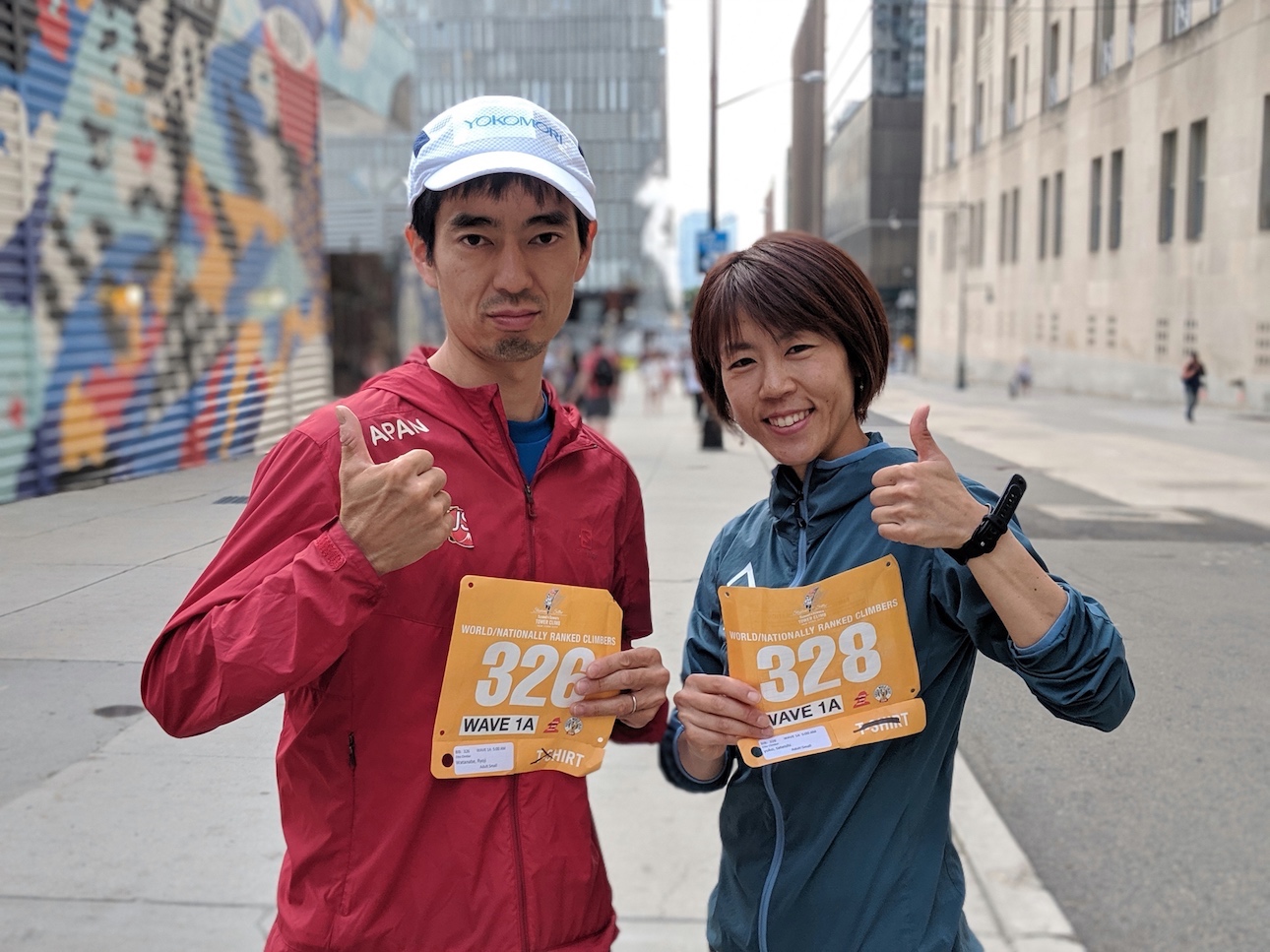 Ryoji Watanabe from Japan, winner of New York’s One World Trade Center, the fifth leg of the VWC, will be at the start-line. “I have been in good shape since I won in New York. I believe that the race in London will be good. It will be a race of less than four minutes, but I look forward to going to London if it takes me more than 18 hours to get there!”

Also from Japan, Takaaki Koyama, who placed third in the 2018 edition. “It was a great moment for me. To win the shortest speed race of the VWC is my target!”

The Broadgate Tower Run Up, 2018. ©benlumleyphoto.co.uk

In the top-ten ranking are Italy’s Fabio Ruga, winner of the French leg of the VWC, he will aim for another victory here and give the record his best effort. The strong men’s field includes Antonio Soler from Spain and, from France, Mickael Pourcelot.

After five races in Seoul, Milan, Ho Chi Minh City, Paris and New York, it is now the turn of London to host the climb on the Vertical World Circuit® ranking, where every one of the 877 steps of the Broadgate Tower will count towards precious points.