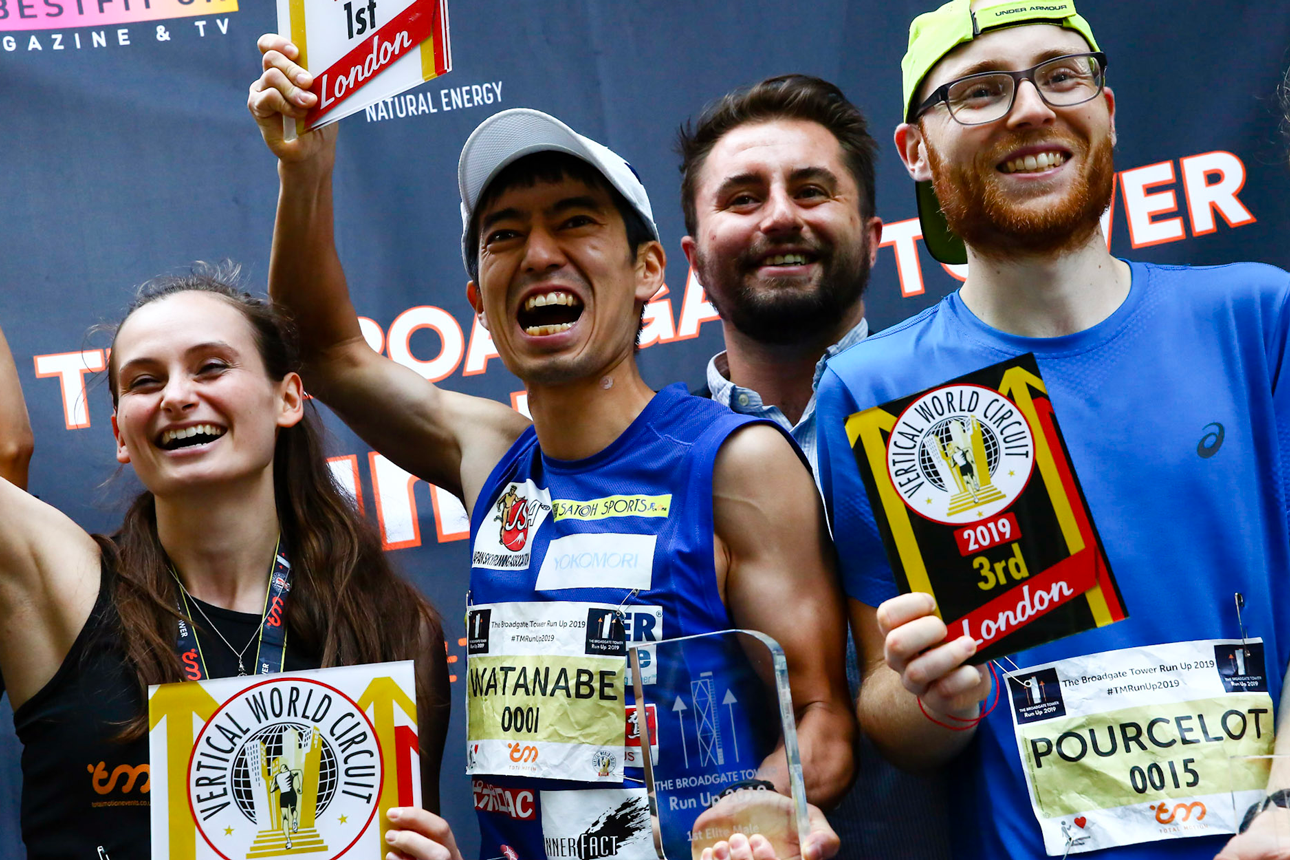 The strong international line-up for the sixth leg of the 2019 Vertical World Circuit® saw records smashed in both the men’s and the women’s fields at London’s Broadgate Tower Run Up yesterday. With strong competition pushing the pace, local Sarah Frost broke her own record together with the top five women all finishing under record time.

Winner Frost closed in an incredible 4’40”. “I feel amazing right now. I didn’t so much afterwards as it takes a while to recover,” she commented at the finish line, 35 floors and 877 steps above street level. “My plan was to forget what everyone else was doing and focus on my own goal which was breaking the five-minute barrier.” 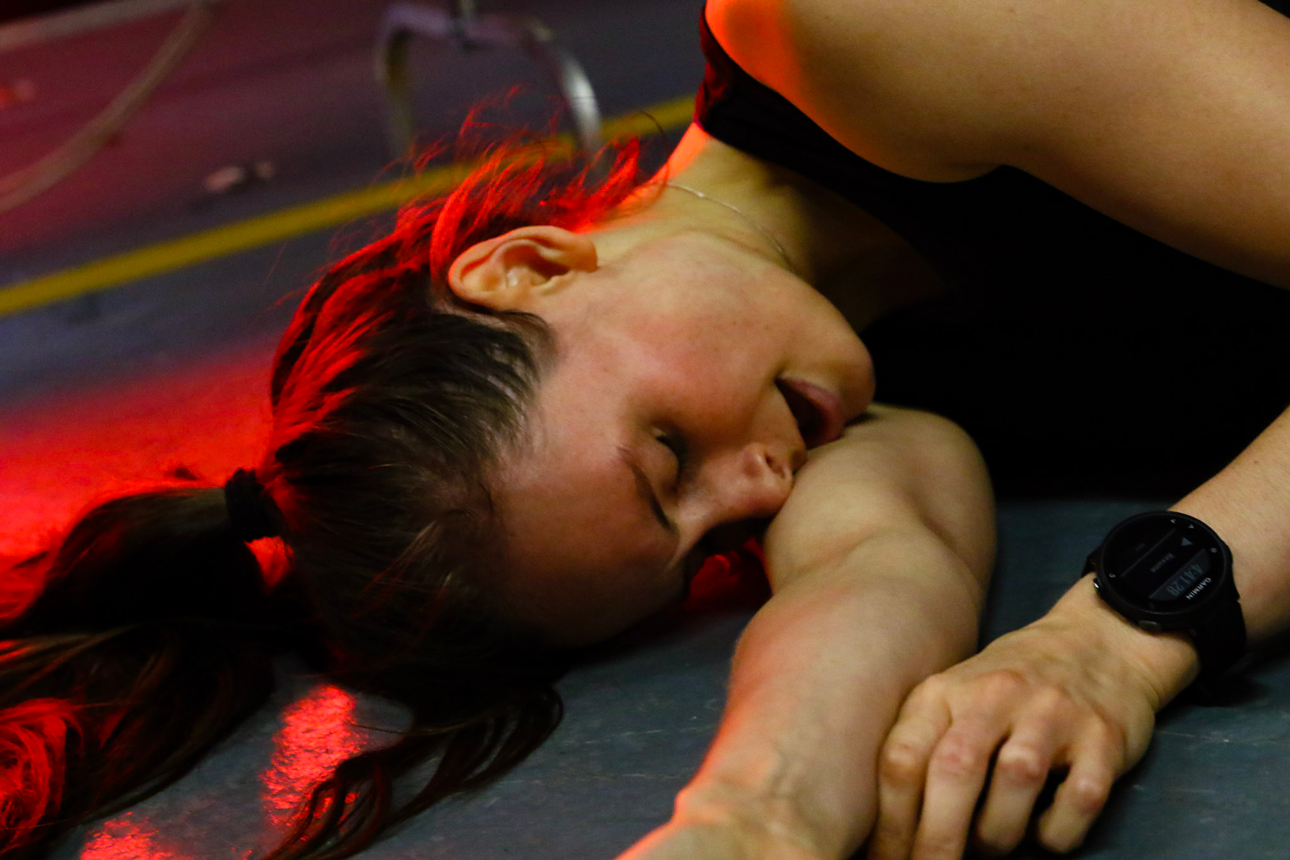 “My training must have paid off because I smashed it. I’m so very happy to be at Broadgate, a really special race for me because I train here and it’s so great to have the VWC here as well, bringing in lots more elite athletes. I’m already looking forward to the next race!”

Closing the women’s podium were Japan’s Yuko Tateishi in 4’52”and, from France, Anaïs Leroy in 4’55”. 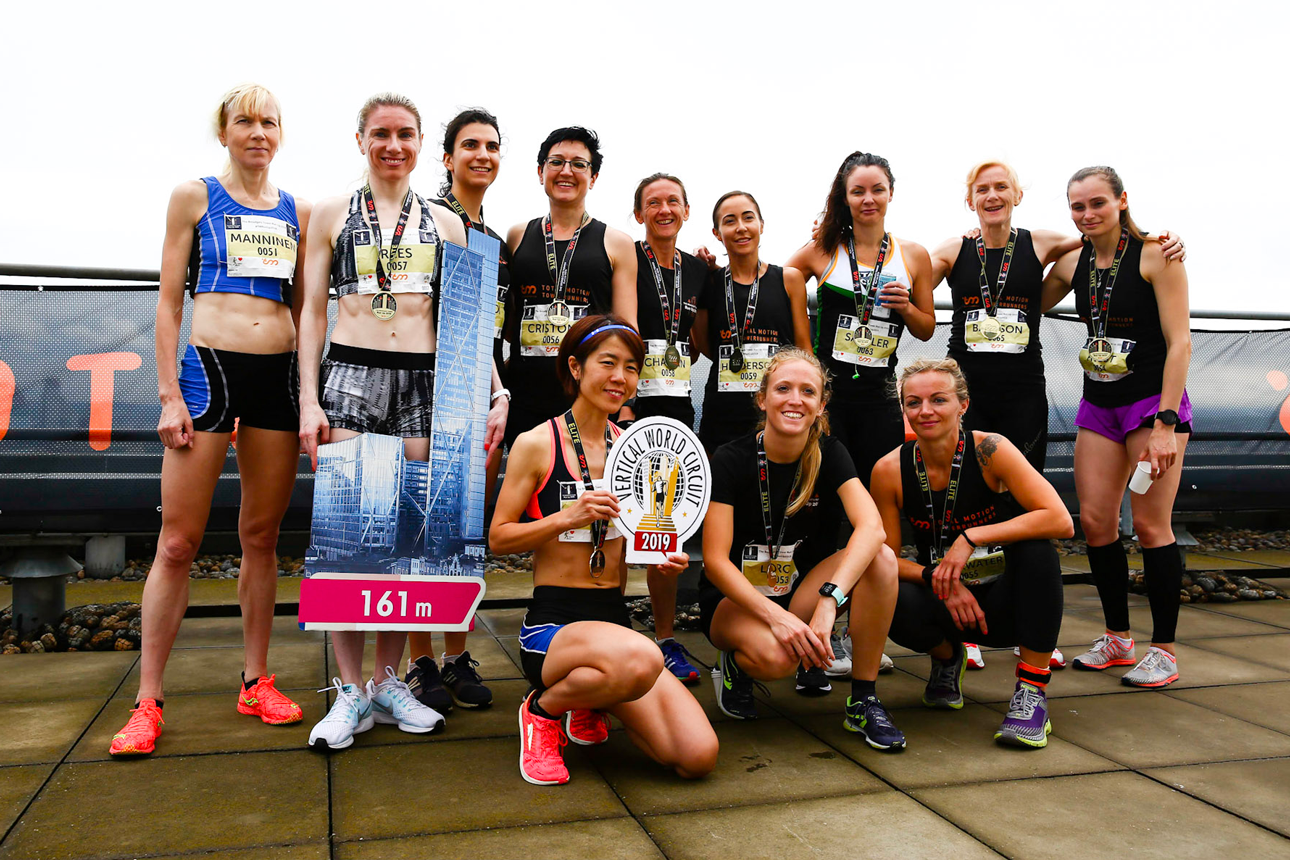 The incredible women elite, five of whom broke the record. ©Ben Lumley Photography

In the men’s race, Ryoji Watanabe from Japan nailed another VWC win and crushed the standing record to close in 3’41”, slicing off 17 seconds. “As London is quite far from my country, Japan, I’m very happy to win the Broadgate Tower Run Up. I’m also very excited to have won two races of the 2019 Vertical World Circuit®,” he commented. “Because the course was shorter than other VWC races, it was difficult for me to adjust during the race, but I was able to prepare the strategy for London after my New York win and perform well. I’ll be doing my best to win the next VWC race in Beijing in August.” 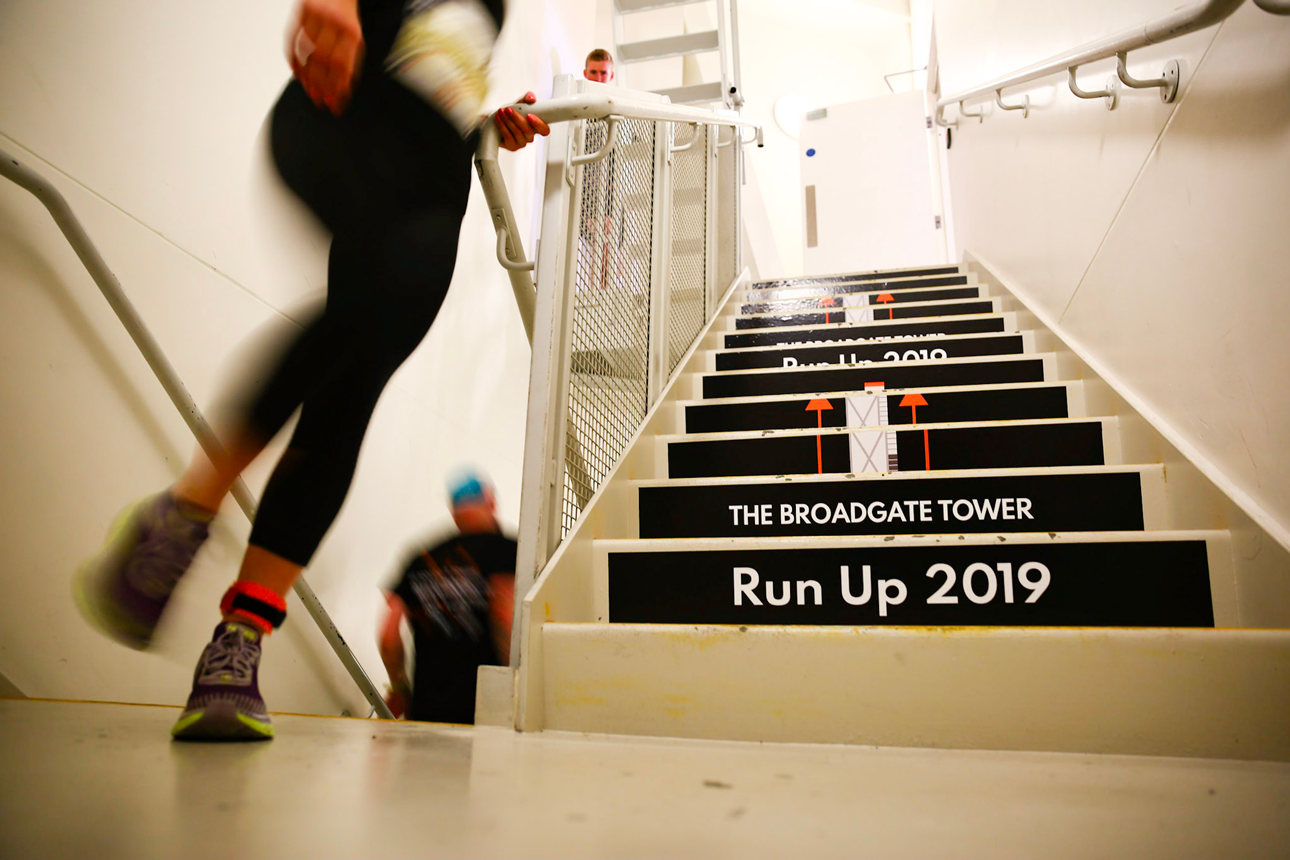 The fourth edition of the Broadgate Tower Run Up hosted close-on 300 runners from 13 nations. Matt Hudson, CEO Total Motion Events, the race organiser, stated, “The elites of the Vertical World Circuit® really turned it on today and delivered what was always destined to be a very strong race in London. We predicted course records, but could never have imagined that both the male and female times would be smashed so comprehensively. A big thank you to the support of the elites and of course the Vertical World Circuit®. Looking forward to #VWC20 in London already.“

After the sixth stage of the Vertical World Circuit®, Omar Bekkali from Belgium and Laura Manninen from Finland remain ranking leaders. Japan is further making its mark on the circuit with Tateishi rising to second and Watanabe to fifth on the current rankings. 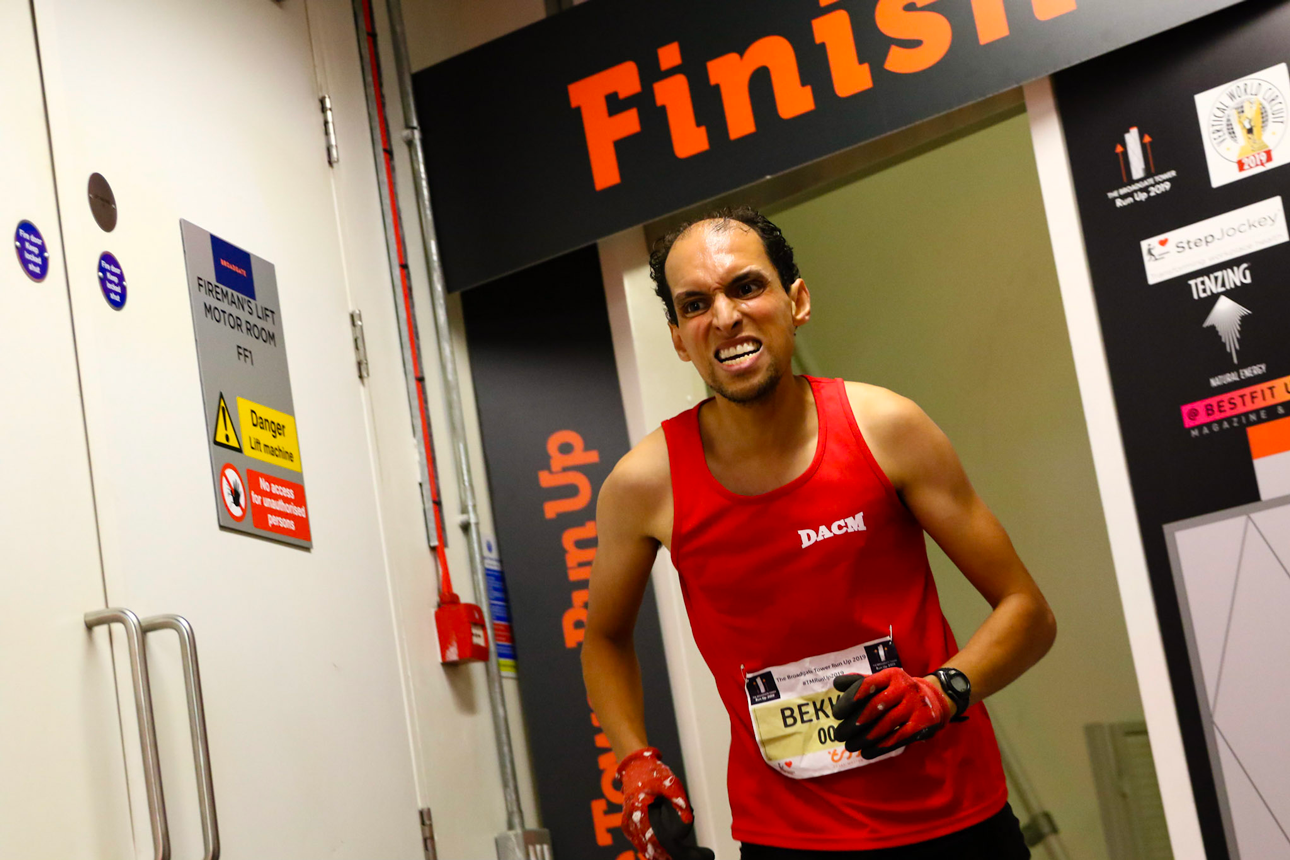 Five races out of eleven count for the Grand Finale which will take place on December 1 at the SHKP Vertical Run for Charity – Race to Hong Kong ICC where are an extra 50% bonus points are awarded and the 2019 Vertical World Circuit® champions announced together with the end of season cash prizes amounting to HKD 110,000.

Following on from Seoul, Milan, Ho Chi Minh City, Paris, New York and London, the circuit continues on August 31 with the China World Summit Wing, Beijing Vertical Run – a race more than double the height of London’s Broadgate Tower Run Up, but no less of a pinnacle for the elites competing for precious ranking points.