This error message is only visible to WordPress admins

Error: API requests are being delayed for this account. New posts will not be retrieved.

Walsham and Watanabe victorious in Beijing 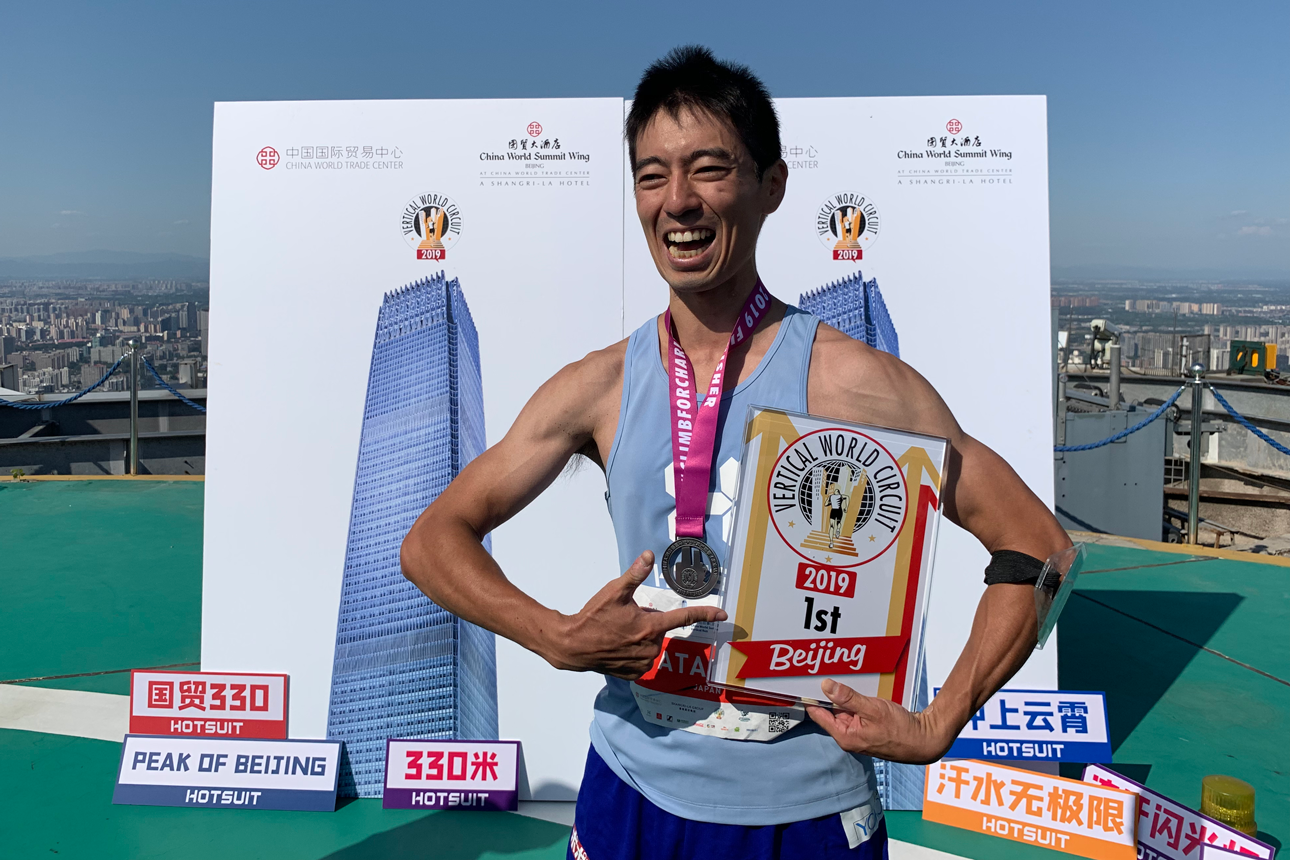 Seven was, indeed, a lucky number for seven-times Vertical World Circuit® Champion, Australian Suzy Walsham who won the China World Summit Wing, Beijing Vertical Run today. “I am so happy to come away with my seventh win in Beijing,” Walsham commented. “I focused on my own race and did not get distracted by the other runners. I was able to win by not going out too fast early on, and maintained a pretty good rhythm pulling away around the 30th floor by and it was head down to keep on going.” 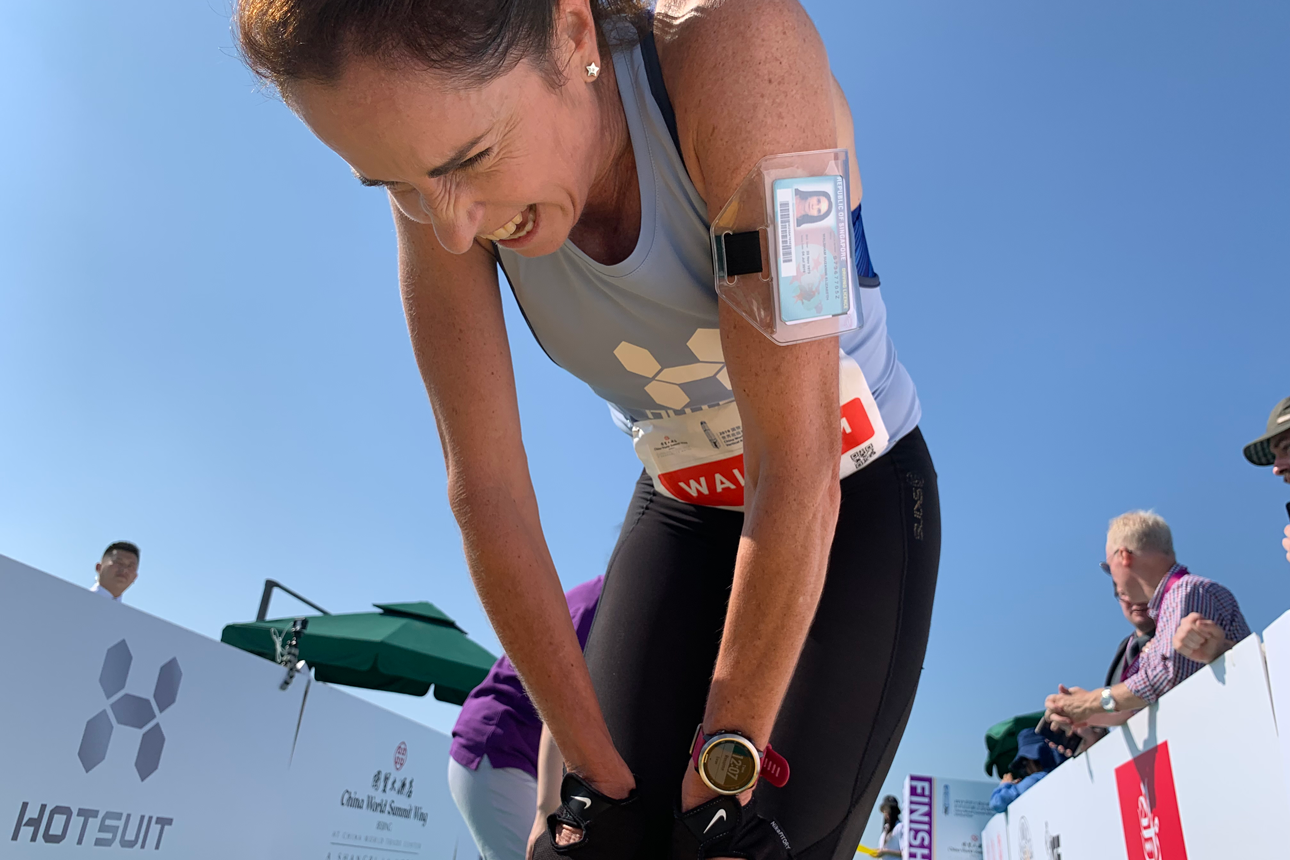 Australian Suzy Walsham gave it all for her seventh win in Beijing today. ©Sporting Republic

It was also the seventh race on the VWC calendar and the seventh successful edition on Beijing’s China World Summit Wing tower – 330m, 82 floors and 2,041 steps. The event was a sell-out with more than 900 runners from 32 nations participating.

The men’s winner was Ryoji Watanabe from Japan. “I love this sport! Finally, after my third attempt, I was able to win this special race,” said Watanabe. “I’m proud of this victory after a lot of hard training. I’m even more proud as it’s my third win on this year’s Vertical World Circuit®.” 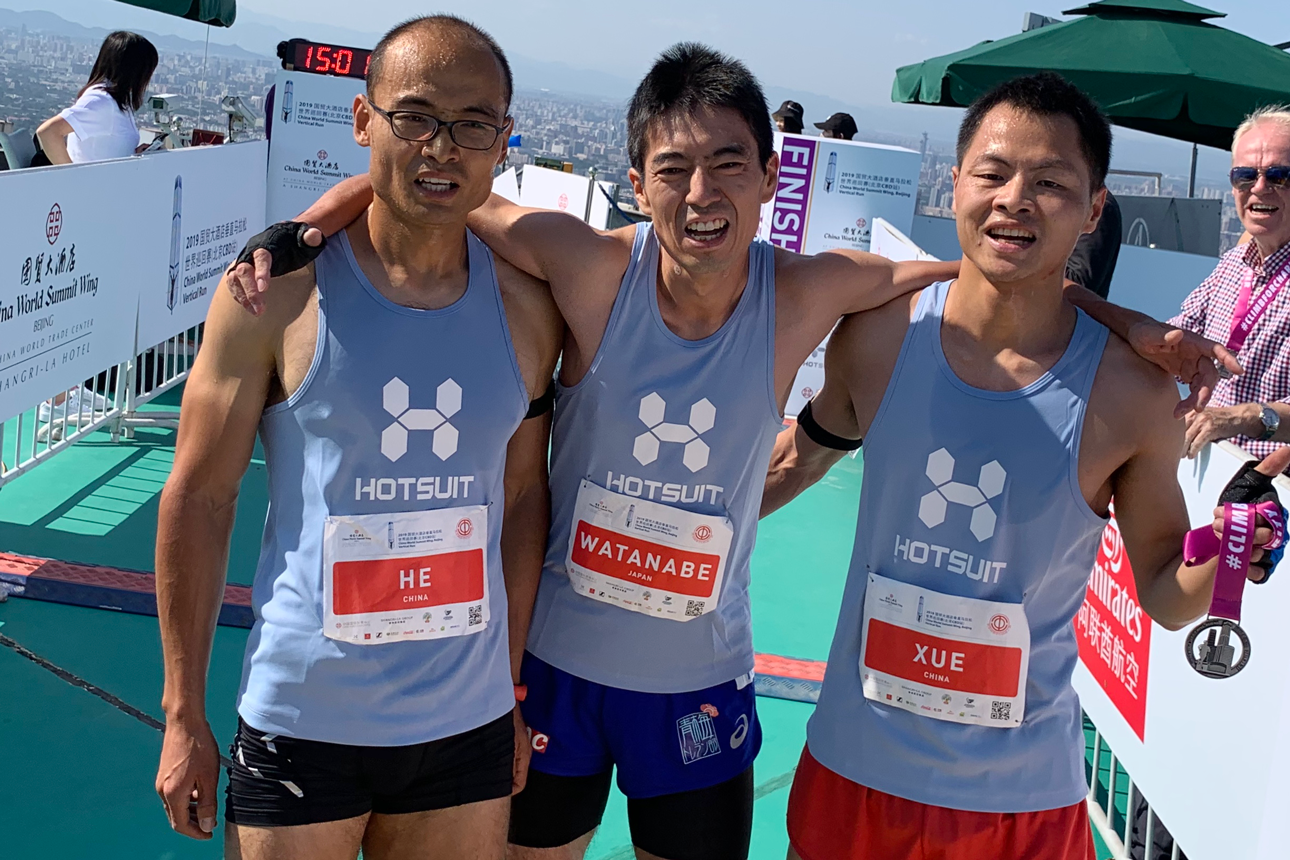 Excellent performances prevailed from Chinese runners, with the second and third podium slots for the men: Liangliang He and Jindong Xue respectively and Linming Chen taking second for the women. In third, was Finland’s Laura Manninen who maintains the ranking leadership.

Watanabe now leads the Vertical World Circuit® ranking after today’s win and victory in New York and London. With three straight wins and a second place, Walsham now moves up to second place on the rankings. 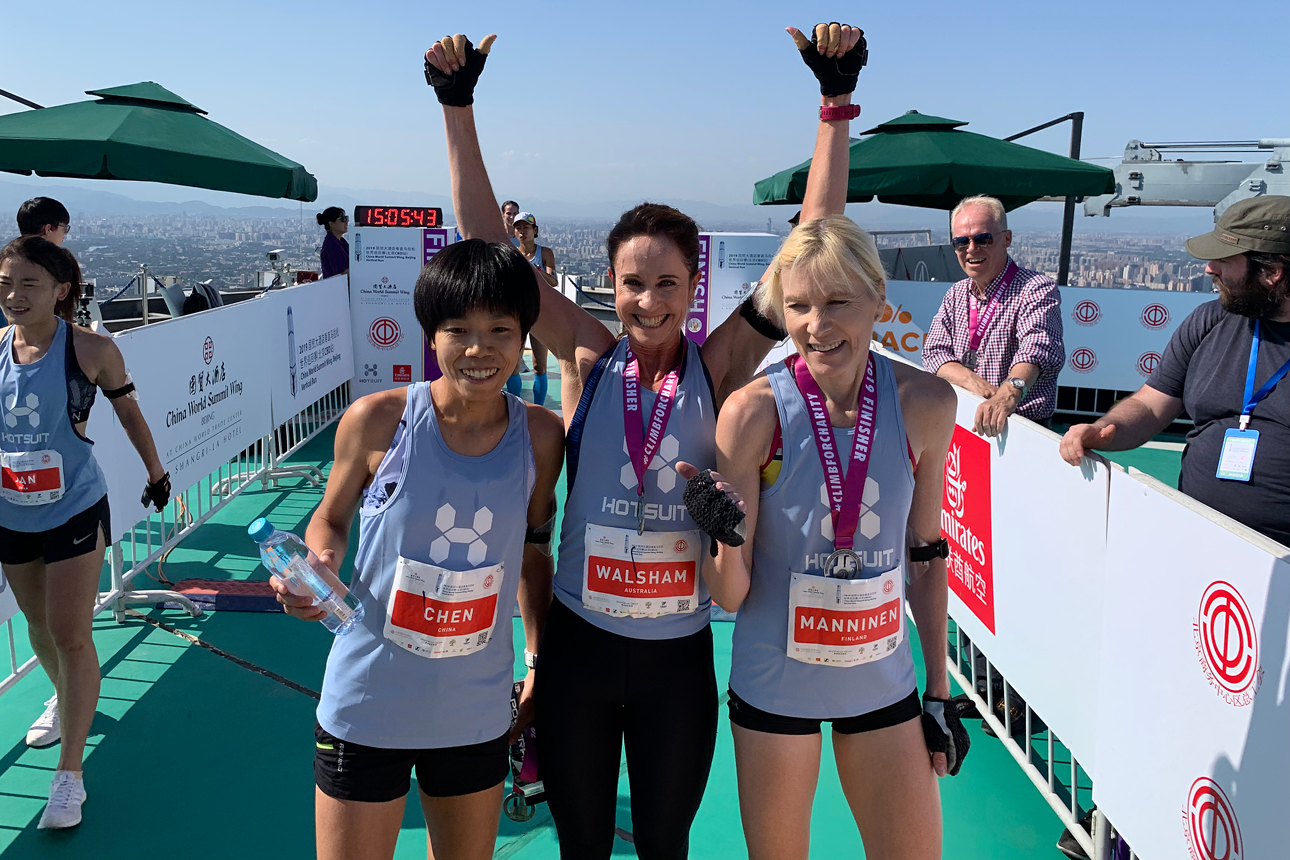 After Seoul, Milan, Ho Chi Minh City, Paris, New York and London, Beijing, the next race will take place in Shanghai on October 20 with the SHKP Vertical Run for Charity – Race to Shanghai IFC where an extra 20% bonus points are awarded. 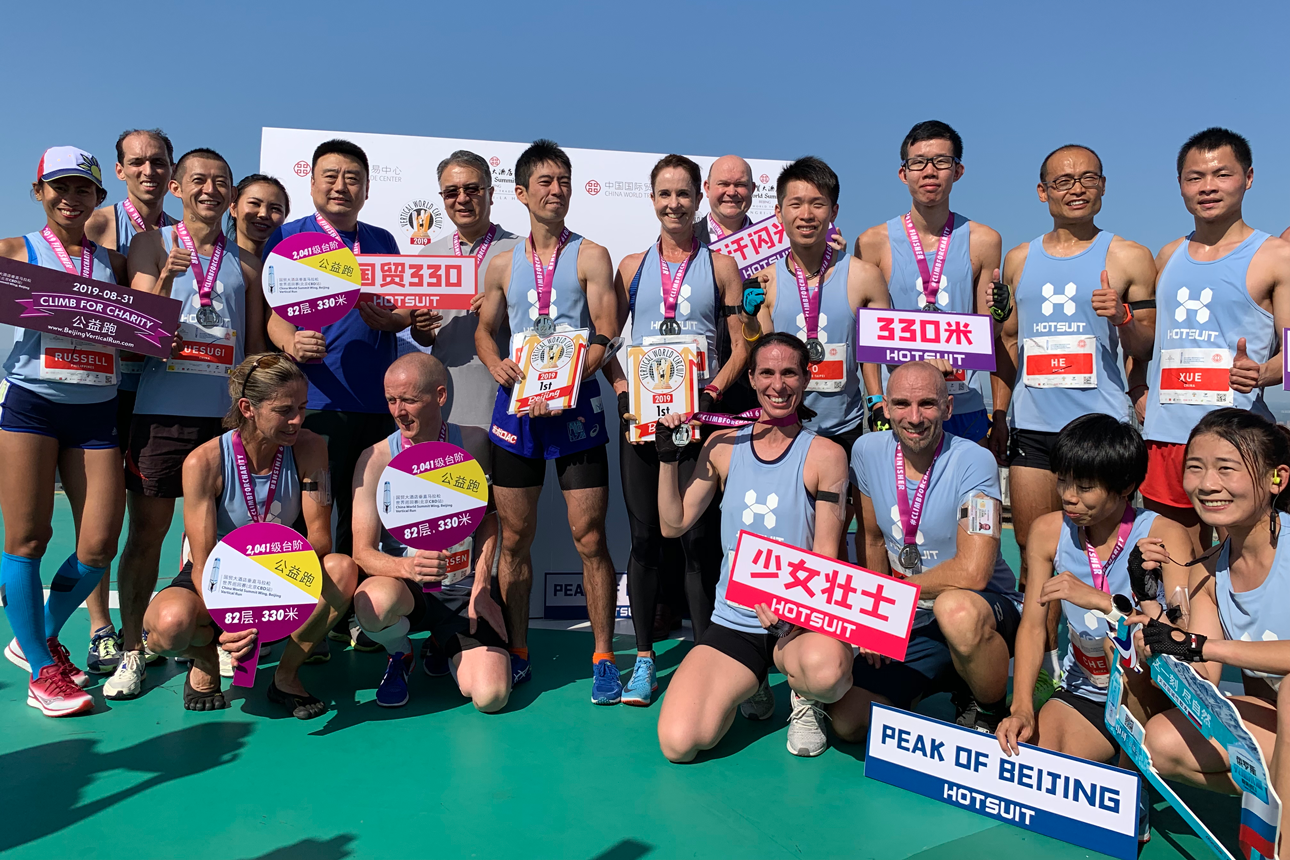 Five races out of eleven count for the Grand Finale which will take place on December 1 at the SHKP Vertical Run for Charity – Race to Hong Kong ICC where are an extra 50% bonus points are awarded, together with HKD 110,000 end of season prizes and the 2019 Vertical World Circuit® champion titles.

Sanctioned by the International Skyrunning Federation, Beijing’s tallest vertical run was yet again selected as an Official Race of the Vertical World Circuit® which unites some of the most iconic skyscraper races globally.