VWC round number eight – it’s time for battle in Shanghai

The world’s top stair climbers are heading for the eighth leg of the 2019 Vertical World Circuit® at the SHKP Vertical Run for Charity – Race to Shanghai IFC, Sunday, October 20.

For the sixth time the Shanghai race has featured on the Vertical World Circuit®. The vertical challenge lies in scaling the 1,460 steps up the Two Shanghai International Finance Centre which towers 260m above the city.

The records to the summit still stand set by Australians Mark Bourne in 7’42” and Suzy Walsham in 9’08” in 2016 and 2017 respectively. Sunday’s race offers and extra 25% bonus points for the final VWC ranking which awards World Champion titles and an end of season cash prize to the top three-ranked men and women based on the five best results of the 11-race circuit. 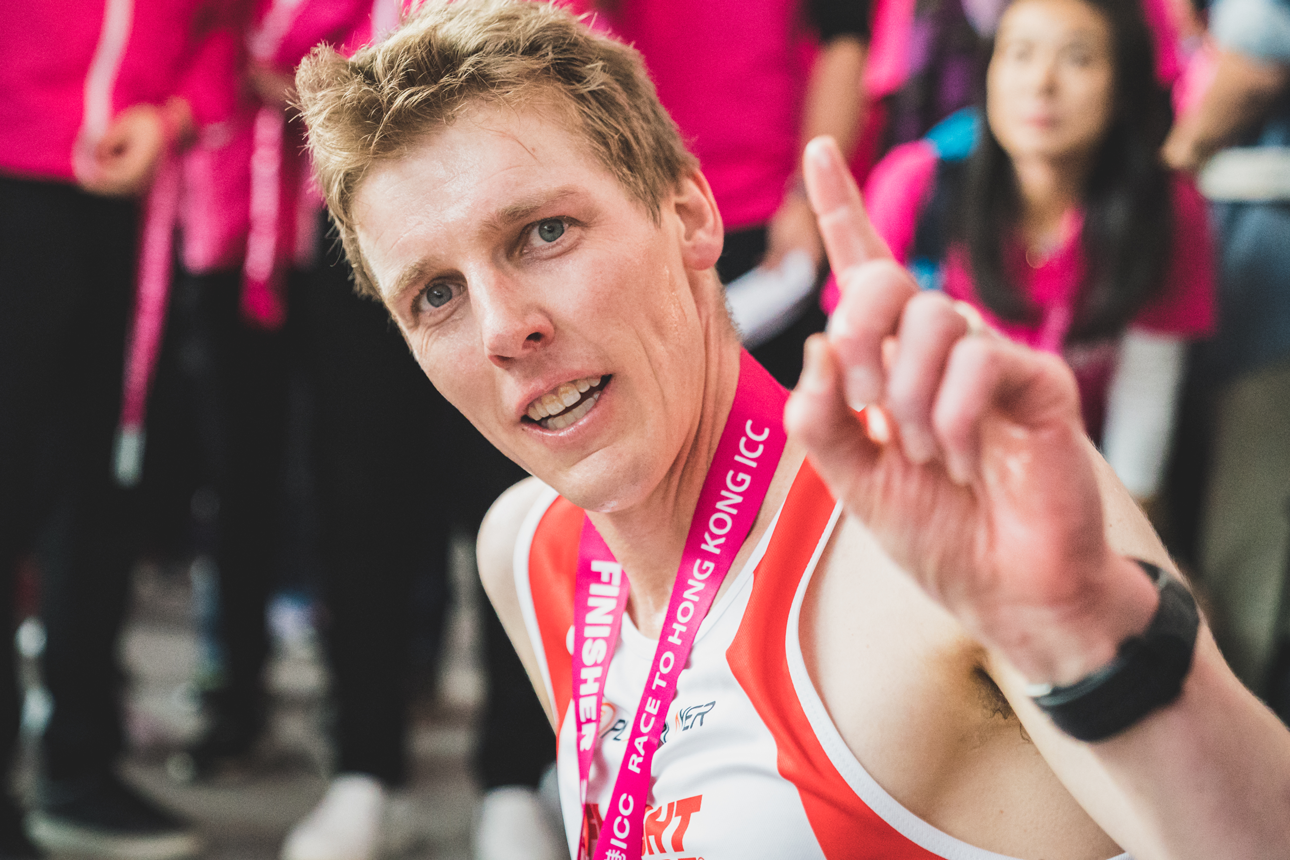 Heading the line-up will be standing VWC champions together with the race record holders in a field of 1,700 participants from more than 20 countries.

Five-time world champion Piotr Lobodzinski from Poland, currently ranked fifth, is determined to break Bourne’s record. “My last race was in Vietnam in April. It will be nice to be part of the game again to improve my ranking points,” he commented. “After my win last year here, I know I can break the course record now. We will see, but it should be a fast and interesting battle like always. I can’t wait!”

Record holder Bourne simply stated, “I’m excited to be returning once again for the Race to Shanghai IFC. It’s always a fast and challenging race.” Sunday will be the decider for the win – and whether his record will stand, or crumble.

Current ranking leader and third in last year’s race, Japan’s Ryoji Watanabe, added, “The season is almost over. This race in Shanghai is a very important race to determine the annual ranking, so very strong runners gather, but I will do my best!” Pushing the pace will be Omar Bekkali from Belgium who is ranked second.

The invincible queen of vertical running and seven-time VWC world champion, Suzy Walsham, will be up front again after her fourth win here last year. “I’m really looking forward to returning to Shanghai again as it’s always a great race. This year it’s particularly important for the overall point score with the 25% bonus uplift, so competition will be fierce in what is typically a fast and furious race.  I’ve had a solid four-week training block so hoping for a strong race,” she commented.

Suzy Walsham, after four wins and the record, will line up yet again on Sunday. ©Sporting Republic

Topping the current women’s ranking is Laura Manninen from Finland. “Well, what to say…STILL looking for the perfect climb and wish I could FINALLY find it in Shanghai!” she remarked. With Walsham ranked second and the extra bonus points at stake, it will be another battle.

Briton Sarah Frost ranked fifth and Australian Alice McNamara who was a podium placer last year, will join the fight. Frost is looking forward to a new race, despite recent health problems. “After my VWC win in London at my home tower I’m looking forward to pushing the boundaries at a new building, on a new continent! My training hasn’t been smooth recently with a knee injury and mild illness but I’m hoping to be fighting fit on the day.” 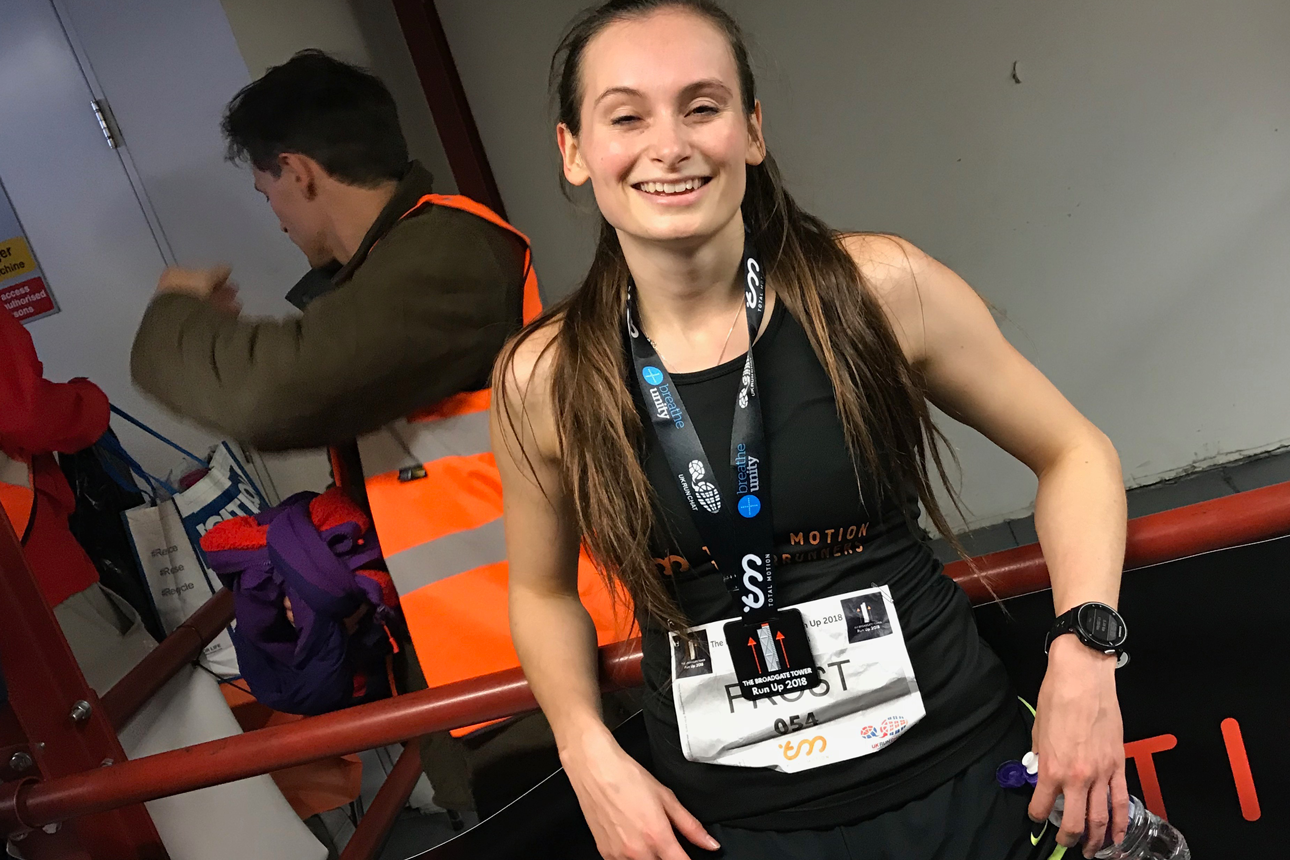 Sarah Frost, fifth, from the UK, is looking forward to a new race. ©iancorless.com

All eyes will be on Sunday’s battle for points and, for each and every one of the 1,700 participants, the satisfaction of reaching the summit of this splendid race, the SHKP Vertical Run for Charity – Race to Shanghai IFC.