World champions crush their own records at Dubai Holding SkyRun 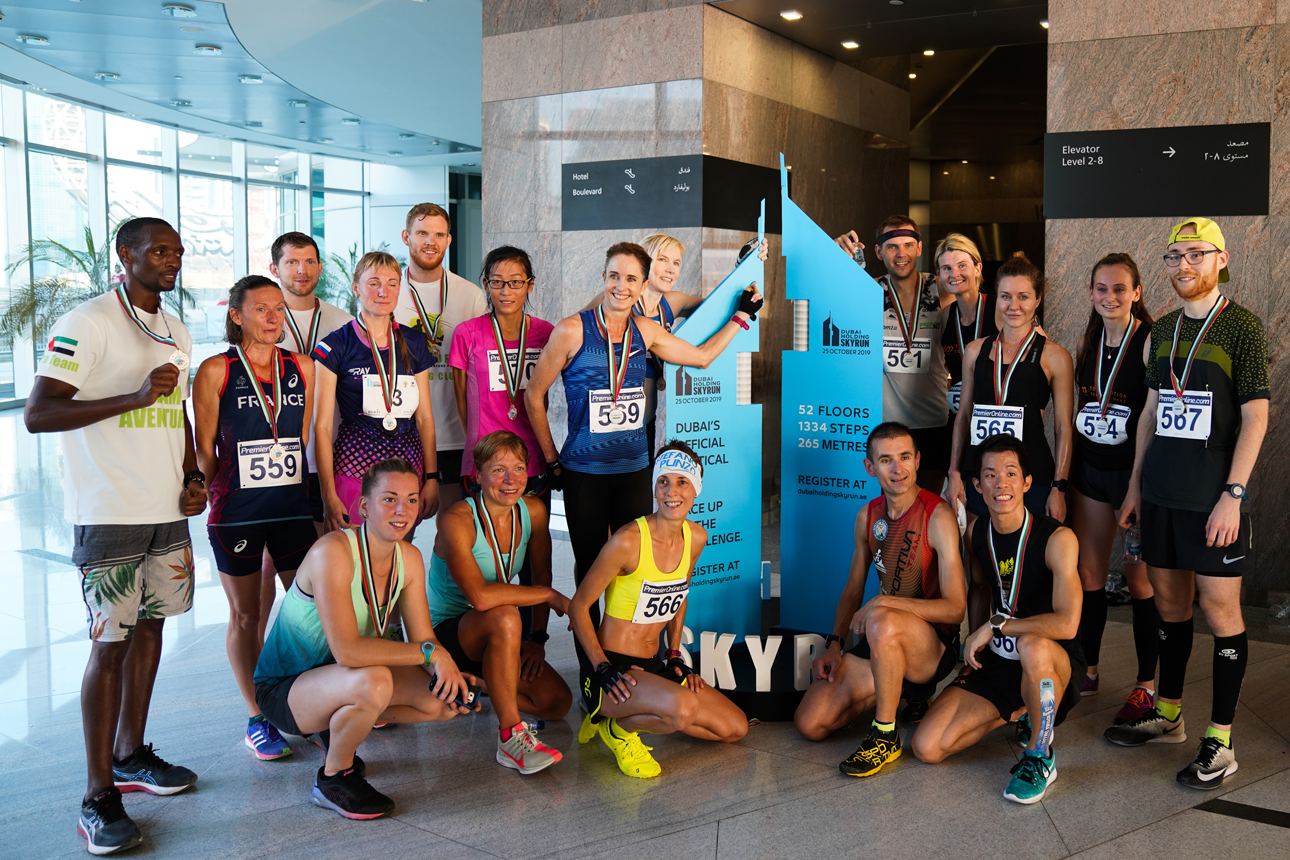 World champions triumph at the 2019 Vertical World Circuit® semi-finals by crushing the standing records – their own – at the Dubai Holding SkyRun, October 25, 2019, Dubai, Arab Emirates.

Piotr Lobodzinski from Poland and Australian Suzy Walsham both clocked up their third win at the Dubai Holding SkyRun climbing the 1,334 steps and 52 floors of the Jumeirah Emirates Towers to close in 6’55” and 8’03” respectively. Lobodzinski sliced a solid 14” off his best time while Walsham bettered her record by 13” to finish an incredible fourth overall in a field of 500 participants from more than 50 countries. 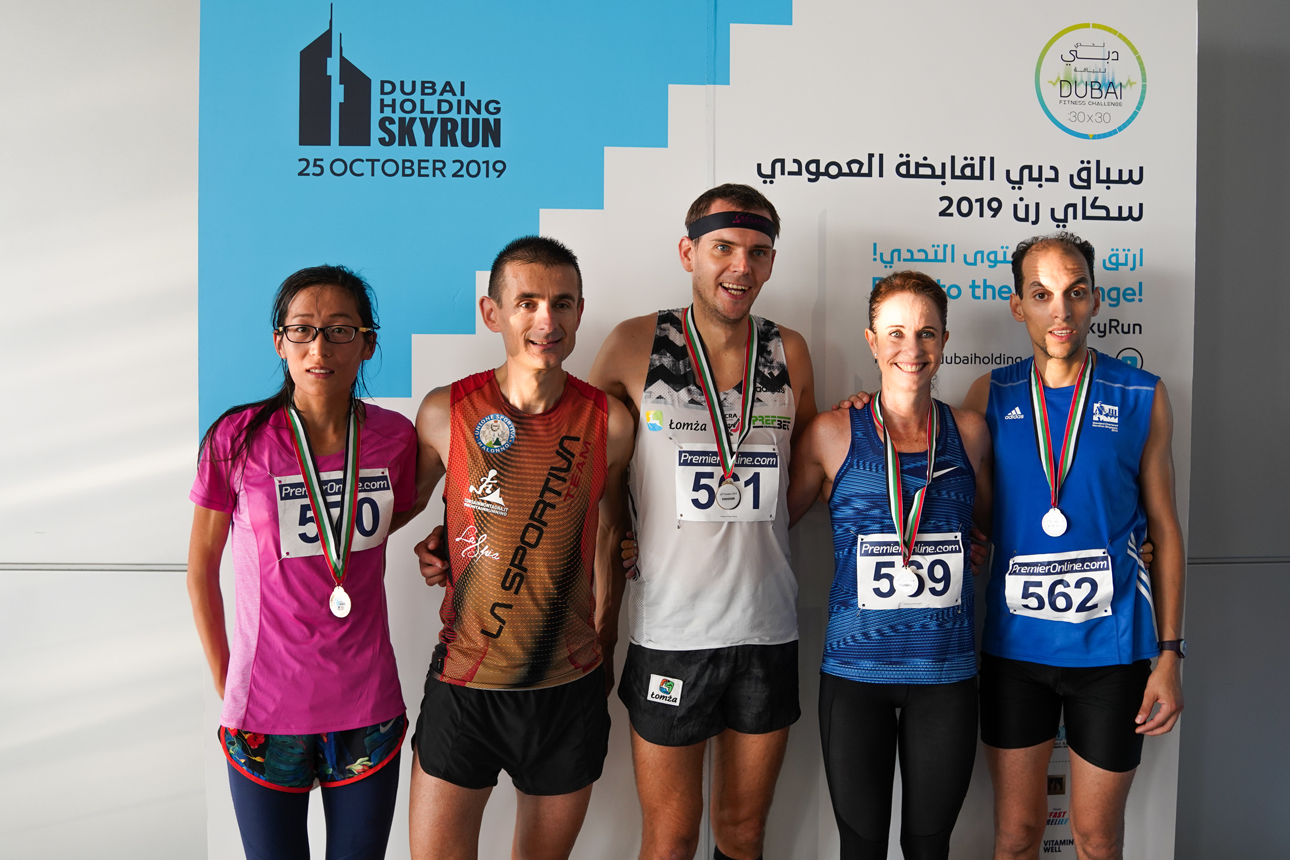 “I’m really happy to come away with the win today and add some extra points to my overall ranking,” exclaimed Walsham. “It was a pretty tough race today. We started out a little too fast and I definitely felt it on the last 20 floors. I think I had a pretty good lead by then, so it was just a matter of – head down, concentrate, keep yanking on the handrail, keep pushing on the stairs and I think I ended up with a pretty good time!”

Laura Manninen from Finland placed second in 8’48” and Huan Wang from China closed the podium in 8’59”.

Lobodzinski commented, “I’m very happy with the Dubai Holding SkyRun after winning here again. My time was much faster, so I’m really pleased,” he said. “I was leading from the start, Omar was second and then I saw Emanuele pass Omar. The last 15 floors were quite hard because of the fast start, so I had to cool down a bit but my advantage over Emanuele was big enough, so I felt safe. Very happy but very exhausted! After five races I’m leading the ranking but the most important race will be in two weeks’ time in Osaka so we’ll see who will win the 2019 VWC”. 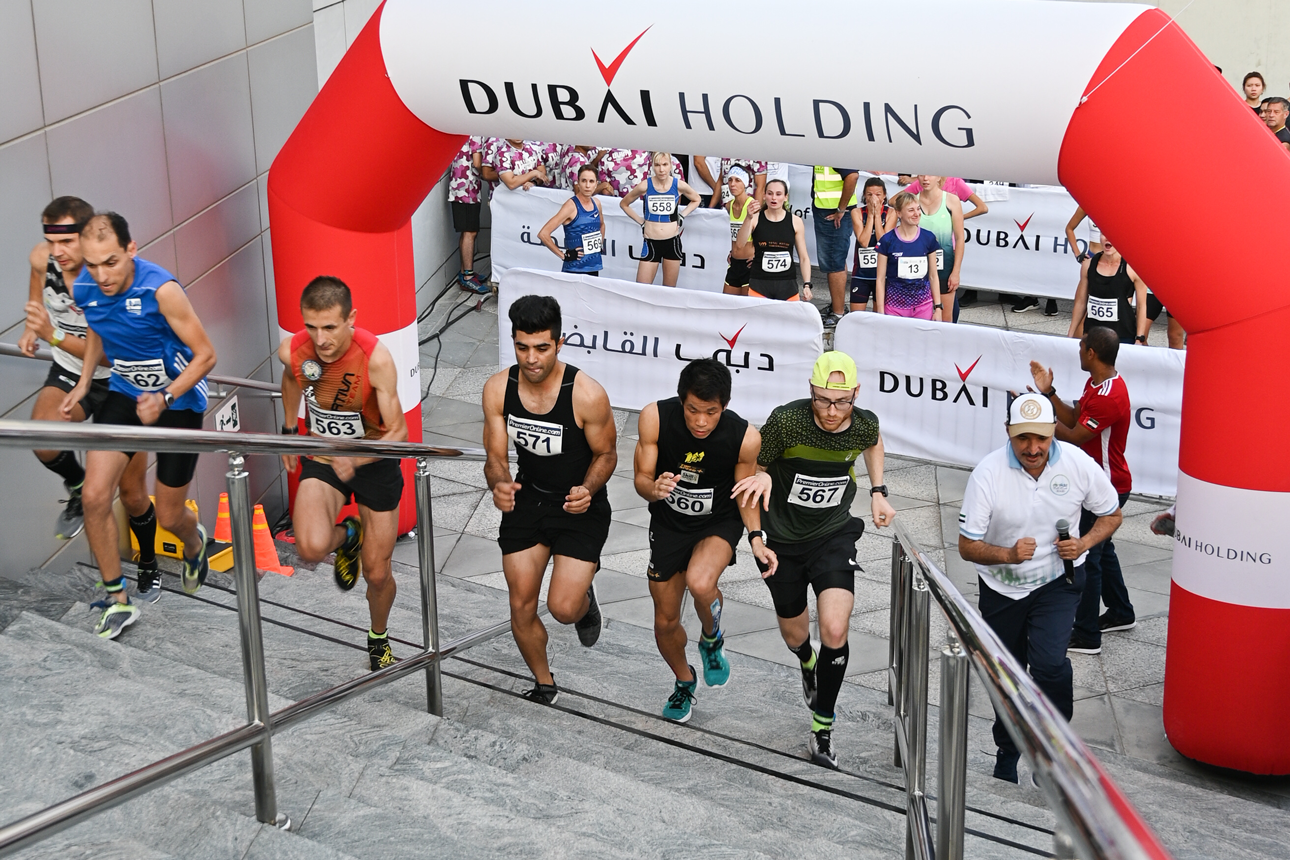 Italy’s Emanuele Manzi closed second in  7’17” and, closing the podium, Omar Bekkali from Belgium with an excellent 7’59”.

For the third time, the joint venture between the International Skyrunning Federation and Dubai Holding brought the Vertical World Circuit® to the Middle East. The Dubai Holding SkyRun is the oldest vertical run in the UAE which boasts a 4-star ranking by the Dubai Sports Council, of which it is an official race celebrating the 16th edition after one year’s absence.

Marino Giacometti, President of the International Skyrunning Federation which sanctions the Vertical World Circuit®, commented, “I’m very pleased that the Dubai Holding SkyRun was won again by the two world champions who, with this victory, will confidently go on to the finals. The Vertical World Circuit® athletes did us proud taking most of the top slots. It was great to see so many different countries participating – more than 50 – together with a strong local participation. We’d like to thank Dubai Holding SkyRun for the excellent organisation and look forward to having the race on the 2020 Vertical World Circuit® calendar, the only stop-over in the Middle East – half way between our Asian and European events.” 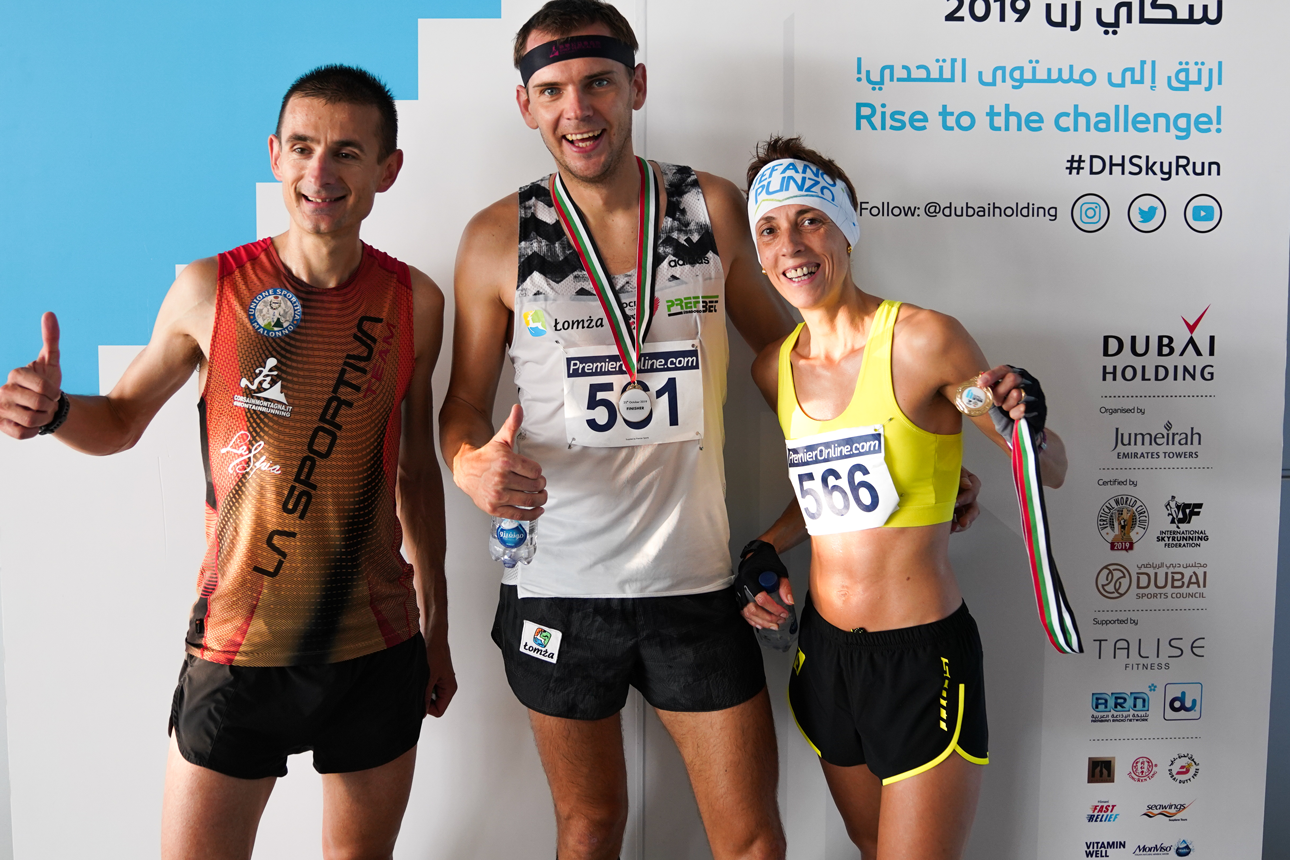 Walsham consolidates her lead, going into the final with a perfect score of five out of five wins. The ranking is based on the best five results out of the ten races, counting no more than two races with 25% bonus points. Finland’s Laura Manninen is hot on her heels in second, still with a chance to win the title in Osaka thanks to the 50% bonus. Sarah Frost from the UK retains her third place with a comfortable advantage over Italy’s Cristina Bonacina, now fourth.

The 2019 Vertical World Circuit®, after Seoul, Milan, Ho Chi Minh City, Paris, New York, London, Beijing, Shanghai and Dubai, the final race will conclude the ten-race tour in Osaka, Japan on November 10 with the Harukas Skyrun. After the cancellation of the Grand Finale in Hong Kong due to the recent social events, the Harukas Skyrun will award an extra 50% bonus points together with the VWC world champion titles and end of season prize of HKD 110,000.