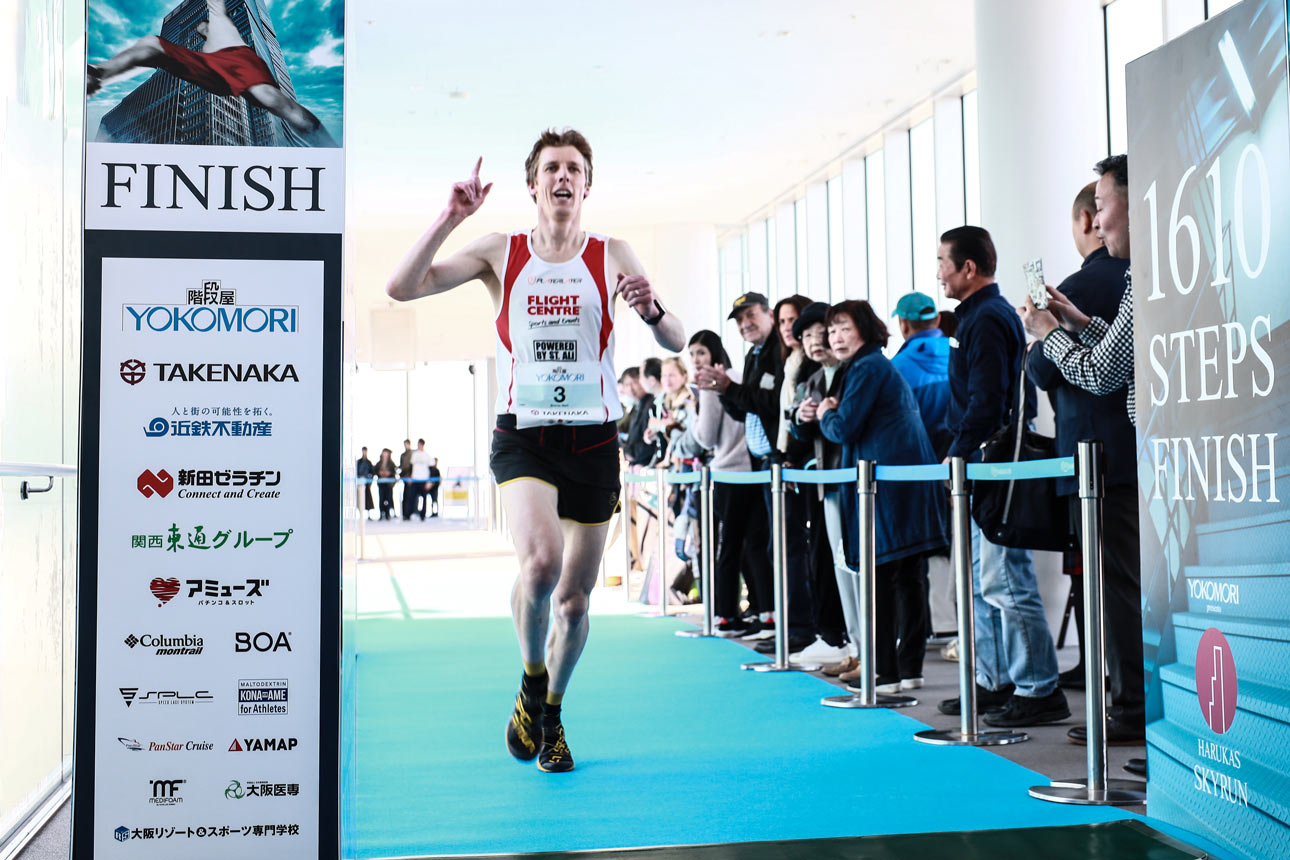 It was a glorious end to the 2019 Vertical World Circuit® today at the final of the 10-race circuit at the Harukas Skyrun in Osaka, Japan, where Australia’s Mark Bourne crushed the record, but left the VWC world champion title to Poland’s Piotr Lobodzinski. Lobodzinski takes the world title for the sixth time together with Australia’s Suzy Walsham, crowned for the eighth time.

“Of course, I wanted to win today, but my shape is not as good as in spring. Mark was better and I had no chance to win the race but the points I collected in the first part of the season were enough to secure my sixth title in a row so I’m very happy and glad to be on top for so long,” exclaimed Lobodzinski. 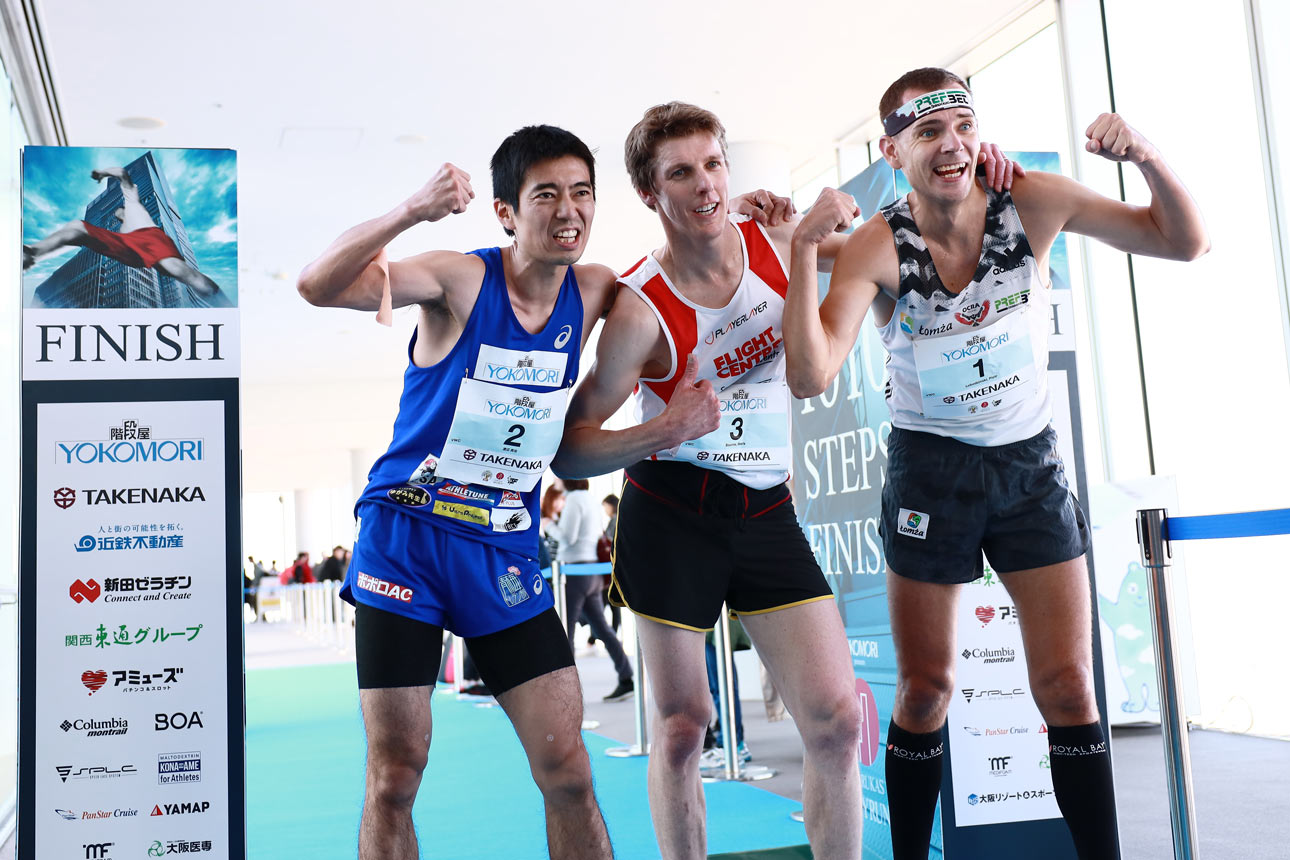 Hosting the scenario for these electrifying events was the Harukas Skyrun in Osaka, Japan, where 1,500 runners from more than 20 countries raced up the 1,610 steps and 59 floors to the observatory of Japan’s tallest building, the Abeno Harukas.

The fourth edition of the race, saw Bourne slash three seconds off Lobodzinski’s standing record, closing in 8’29” with Lobodzinski second in 8’43” and Japan’s Ryoji Watanabe third in 9’02”. The final 2019 Vertical World Circuit® men’s ranking has  Lobodzinski in the lead followed by Bourne and Watanabe. 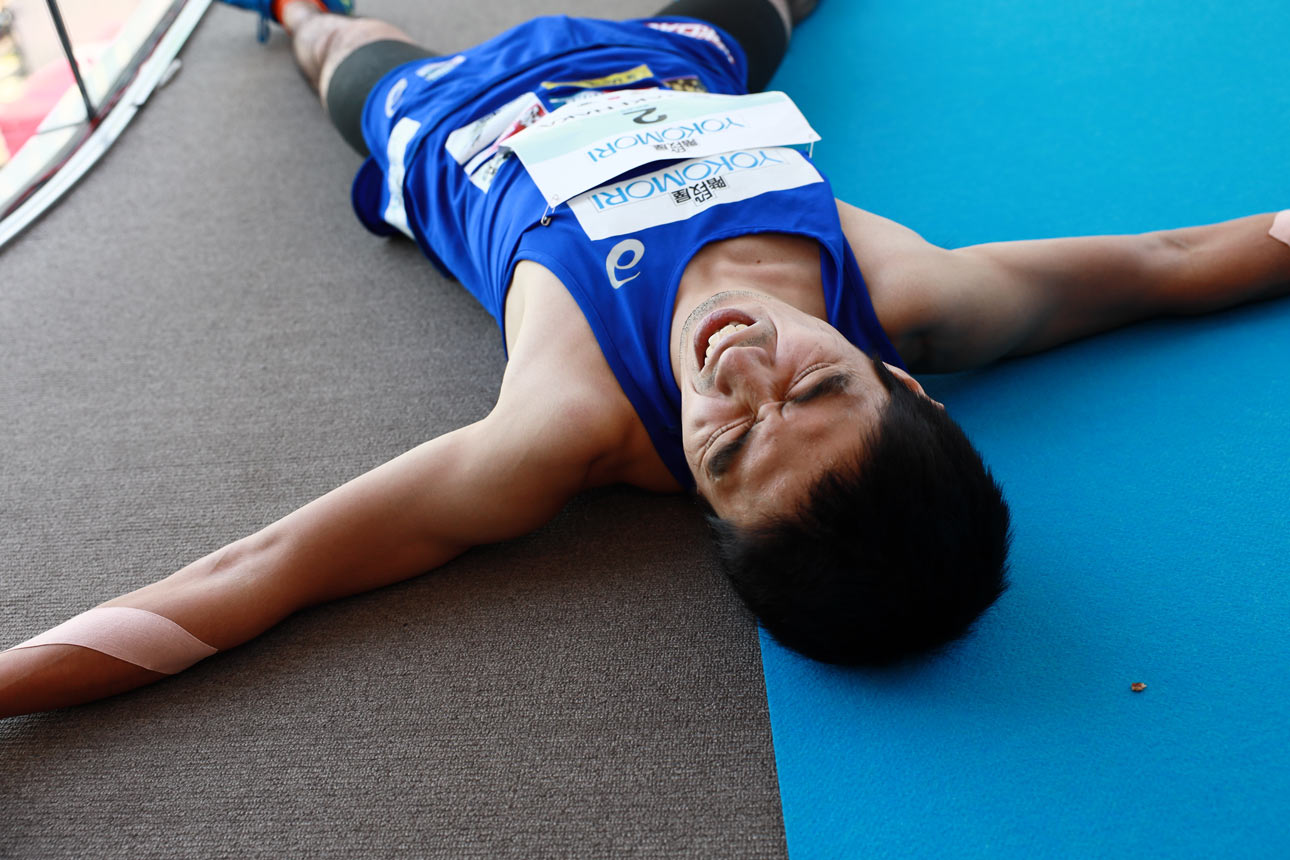 A very pleased Bourne commented, “I’m very happy to come back to Osaka for the third time and finally do the time I knew I could here, a new course record. For the overall VWC standing, I ended up a close second so congratulations to Piotr!”

Walsham cruised to a comfortable 10’18” victory, four seconds off the standing record set by Japan’s Yuri Yoshizumi, absent due to injury. Laura Manninen from Finland holds on to her runner-up world title, placing second in 11’07” and Yuko Tateishi from Japan completed the race podium in 11’30”. She now closes the season third on the ranking with the UK’s Sarah Frost sliding to fourth, unable to hold on to her much hoped-for third. 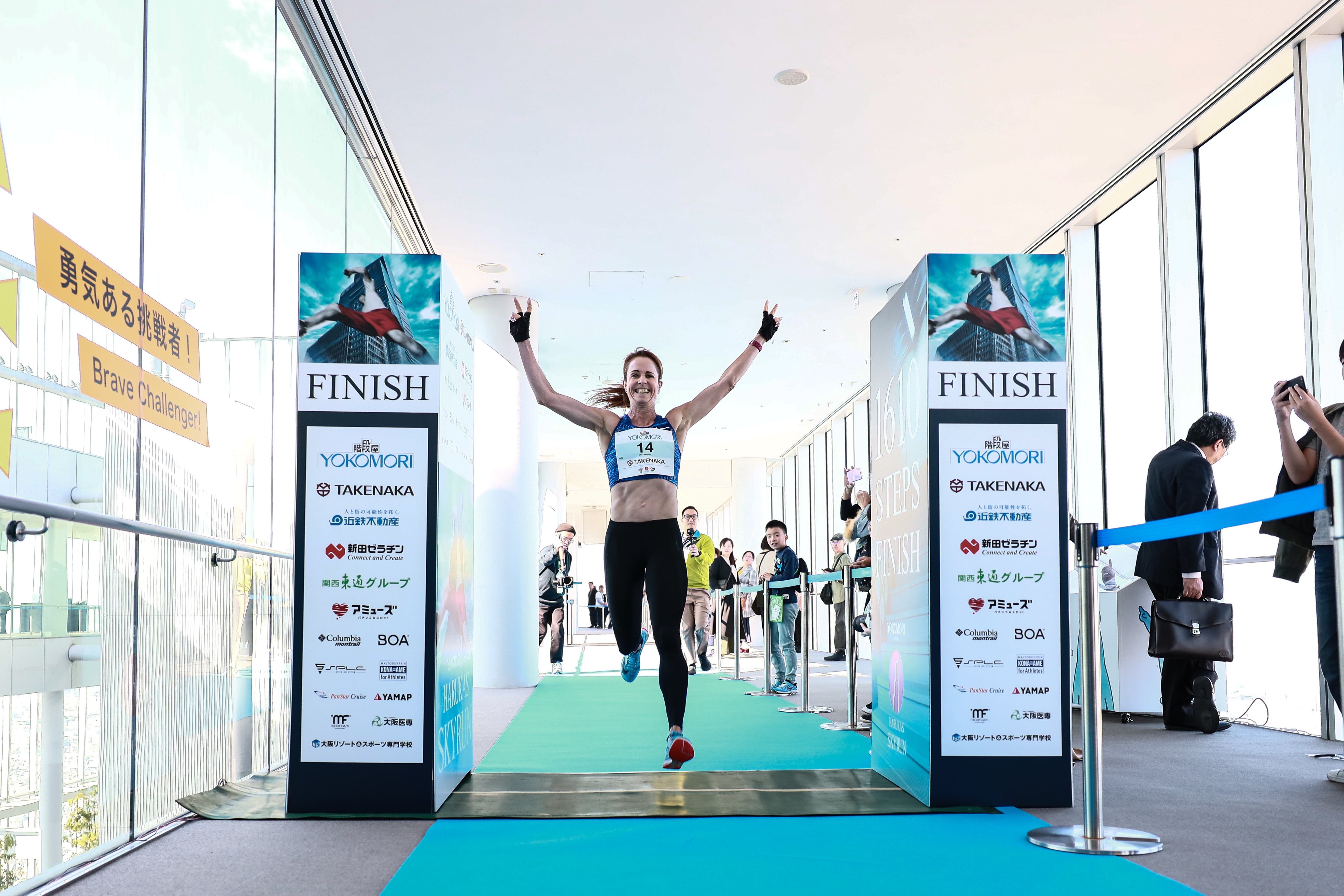 “I’m thrilled to win here in Osaka at the 2019 Vertical World Circuit® final and achieve my eighth straight world title,” stated Walsham. “I had a strong run, although I was a little disappointed to just miss the record, but it’s hard to be at your absolute peak for every race. It’s been a great year of racing and I’m already looking forward to VWC 2020!”

The Harukas Skyrun crowned the 2019 Vertical World Circuit® champions and awarded the end of season prize of HKD 110,000 split between the top three men and women. The race represented the final after the cancellation of the Grand Finale in Hong Kong due to the recent unrest in the city. 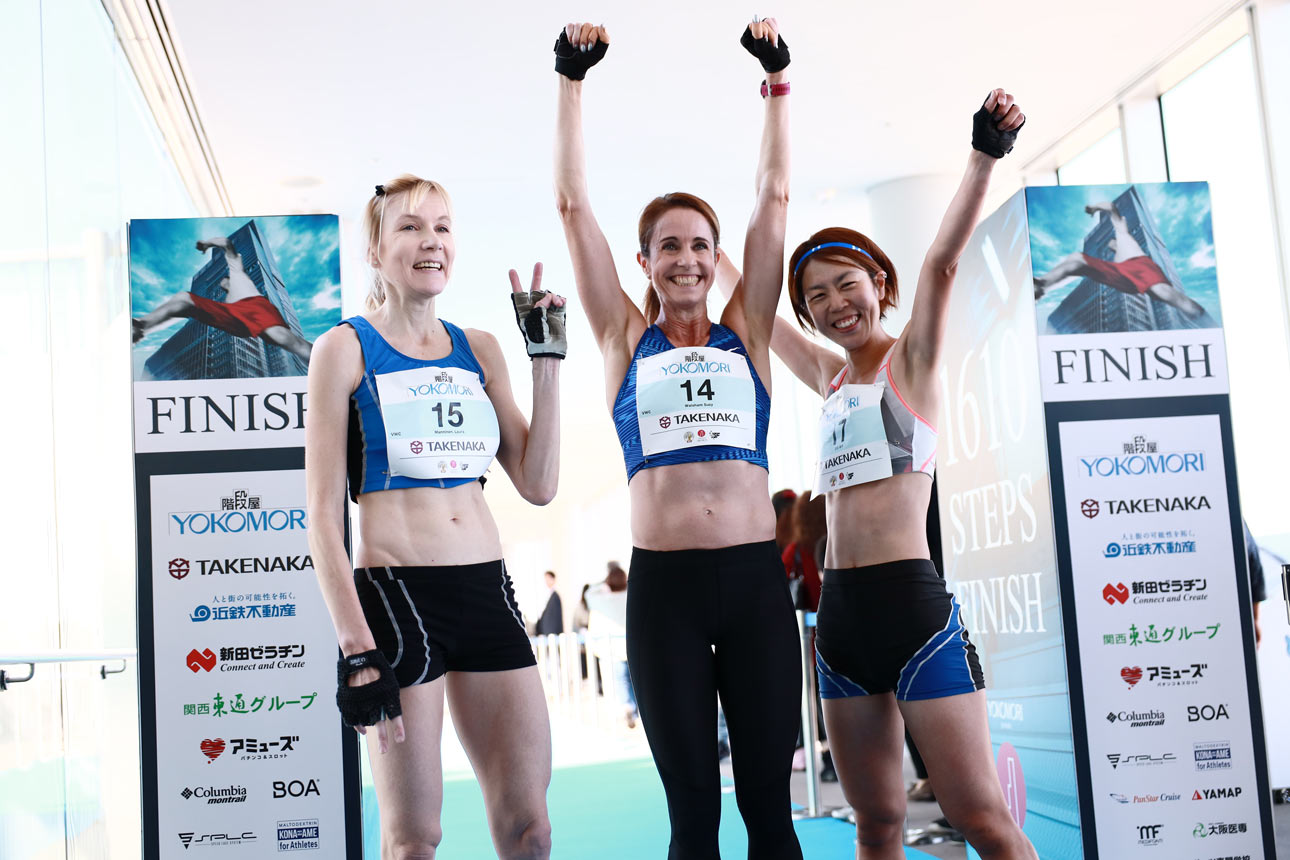 The ranking is based on the best five results out of the ten races, counting no more than two races with 25% bonus points and the final, where 50% bonus points were awarded.

The 2019 ten-race tour kicked off in April in Seoul, criss-crossing the globe via Milan, Ho Chi Minh City, Paris, New York, London, Beijing, Shanghai and Dubai to conclude with today’s final in Osaka. 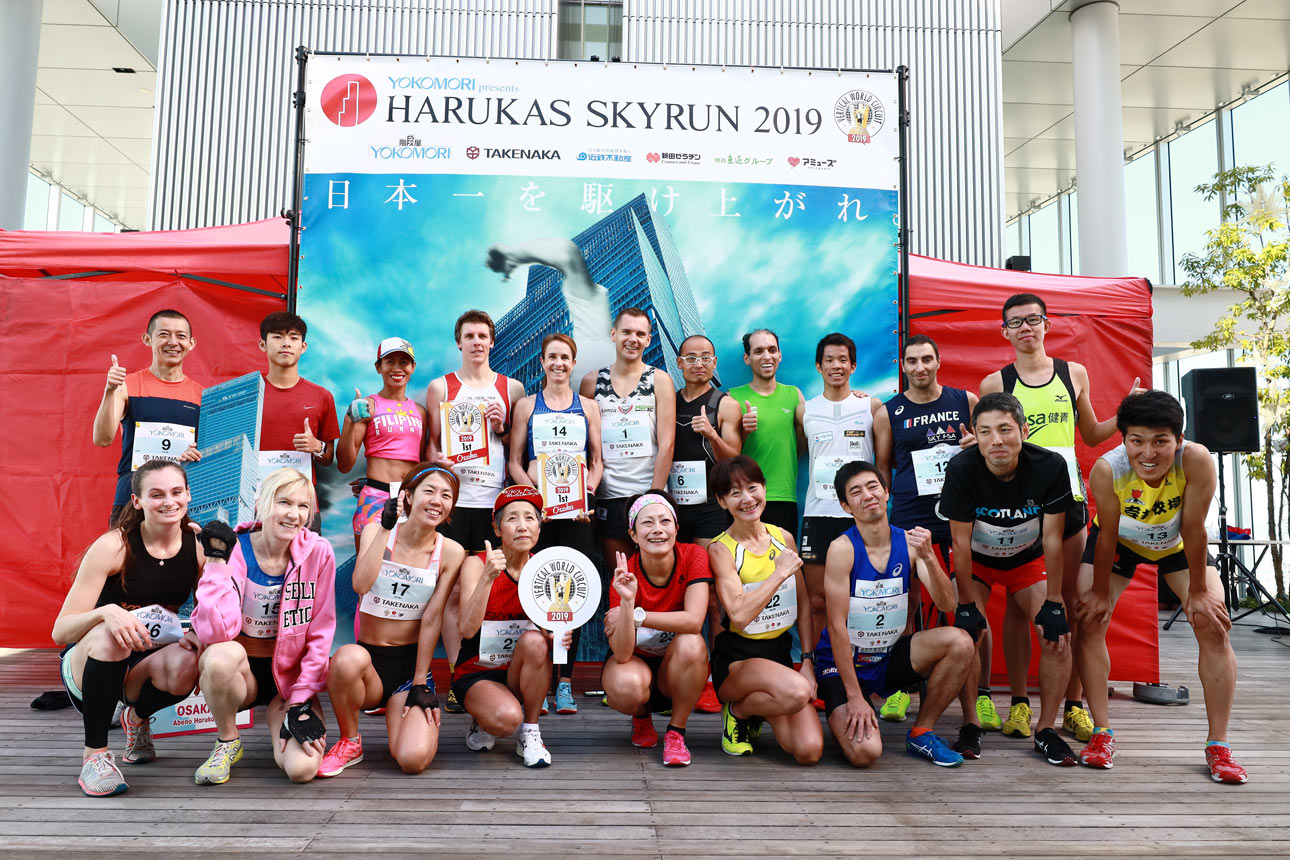 Look out for the 2020 Vertical World Circuit® calendar – coming soon – and join us for more action-packed races up the world’s iconic skyscrapers.